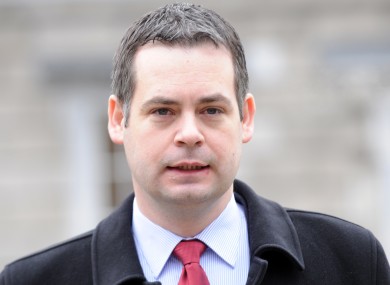 The meeting will be open to the public and will discuss the extortionate costs of insurance throughout the state for businesses and ordinary consumers.
Speaking ahead of Thursday’s event, Teachta Doherty said: “Insurance costs have become extortionate, ripping off consumers and closing down businesses. Since 2016 Fine Gael have done nothing to tackle rising insurance costs.
“The insurance industry tells us that fraudulent claims and the cost of personal injury awards are causing premiums to rise. Their figures don’t add up. Despite the total number of motor insurance claims reducing by 22% between 2014 and 2017, the average motor insurance premium has increased by 53% between 2013 and 2017.
“Premiums are rising. The only other thing that is rising are insurance company profits. Sinn Féin want to take on the industry and end the rip-off. Our policies and legislation would stamp out fraud, protect consumers, ban price discrimination and reduce premiums for everyone.
“Only last month, I submitted a 133 submission to the Central Bank and convinced them to open up an investigation into price discrimination by the insurance industry. My Consumer Insurance Contracts Bill would increase consumer protection and become law by the end of the year.
“I will be conducting a number of public meetings across the state where we will be meeting with the public to discuss our plan to tackle insurance costs and end the rip-off. And we want to hear how people across Donegal who are being affected by insurance costs, and what we can do to stop it.
“We will be talking about Sinn Féin’s plan to set up a Garda Insurance Fraud Unit to tackle insurance fraud when and if it takes place and ban Dual Pricing by the Insurance Industry.
“Also, we’ll be discussing my Consumer Insurance Contracts Bill law which, if enacted, proposes to abolish Premium Levies and put €230 million back in consumers’ pockets while also introducing State Intervention to address the market failure.
“The issue of insurance is such a huge one and affects the lives of ordinary people and businesses alike throughout Donegal, so therefore it’s important that we see a large turn out this Thursday as part of Sinn Féin’s ongoing campaign to end the Insurance Rip-Off.”
SHARE