FOLLOWING a three-year hiatus the PHAT KiiDZ are back.

The Letterkenny trio provided Ireland with its feel-good tune of summer 2016, the smash hit GAA Jersey. The collaboration with Goats Don’t Shave turned band members Happy, Doda Jawn and Godcend into an overnight success and secured them an appearance on the Late Late Show.

But despite the big time beckoning the PHAT KiiDZ breakthrough never really materialised and their star faded as quickly as it had surfaced.
Three years older and three years wiser, the hip hop trio is back with a new single, Parola.

“We’ve been around since 2010, in fact it’s just coming up on ten years since we got together,” said Doda.

“Our biggest gig was the Late Late Show and the plan after that was to go on tour. But Goats Don’t Shave had different ideas and the tour never happened. After that we sort of fell away and it is only now that we are regrouping.”

The band’s stunningly well shot new video has a distinct Halloween flavour to it. The music they describe as an “afro fusion-style” and like GAA Jersey, it is instantly catchy.

The PHAT KiiDZ do admit though that replicating the success of their biggest hit could prove difficult because of the absence of a platform for hip hop music in Donegal.

They are part of Purple Gorilla, a cultural movement that has awoken in the county in recent years. At its core Purple Gorilla is about hope and encouraging young people to grasp the opportunities that are presented to them. To get their message across the movement uses the medium of music and song, particularly hip hop. 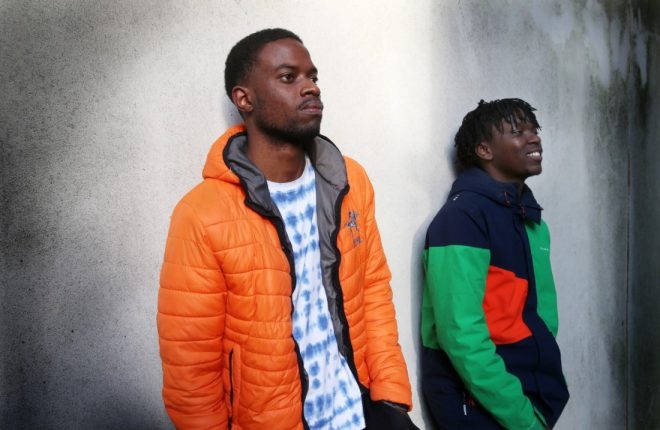 “We can’t do this alone, we need local people, local newspapers, radio stations to get on board and support us.

“For whatever reason, there is no platform in Donegal for Irish hip hop music. Everywhere else seems to be more supportive but we want to get the message out that this is happening and the PHAT KiiDZ are back. All we need is a platform and the support of Letterkenny and Donegal.”

The PHAT KiiDZ are planning a number of local gigs and are already looking to next year’s festival circuit where they hope to secure a number of gigs.

Since being released Parola has been viewed close to one thousand times on Youtube and is available to download on all the main streaming sites including Spotify.