Heading into semi-final weekend, Naomh Conaill were probably rated as the fourth best team left in the championship. However, they then edged out St Eunan’s and survived three gruelling tests against Gaoth Dobhair before dethroning the reigning Donegal and Ulster champions. They have a strong squad, and an excellent manager in Martin Regan, and they are good representatives for the county in Ulster.

Moan of the Championship Award: The scheduling of the Intermediate football championship left a lot to be desired. Cloughaneely and Aodh Ruadh had to play their semi-final replay midweek so that the final could be played the following Sunday. However, that made no sense considering that was three weeks out from the first round of Ulster and ultimately Cloughaneely ran out of steam in the final against St Naul’s. The decider should have been pushed back a week, and going forward, the Intermediate final should be played on the same weekend as the senior out of respect for club players.

Comeback of the Championship Award: Ardara looked destined for relegation to the Intermediate Championship as they trailed by nine points against Malin in the second half of their replay. It would have been unthinkable at the start of the year that the Pearse Memorial Park men would have dropped out of senior football, but they were in severe trouble that evening in Convoy. However, Lorcan O’Donnell inspired a super comeback, and Ardara will be hoping for better luck with the championship draw next season. 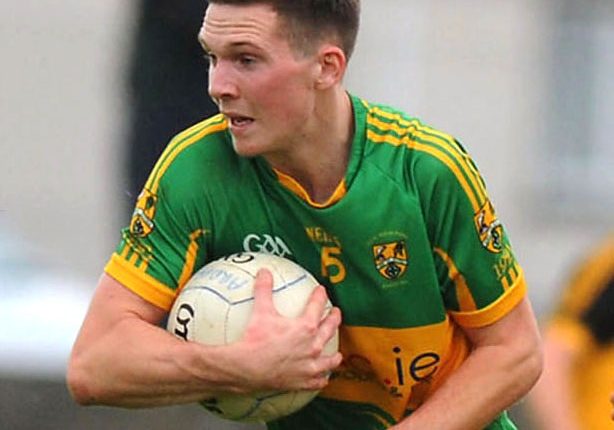 Lorcan O’Donnell in action for Ardara.

Shock of the Championship Award: Who could have predicted Glenswilly losing to Four Masters in the second round of Group C. Sure, Glenswilly had been held to a draw the first day out against Glenfin, but Four Masters had just been relegated to Division 3 of the All-County League. Nobody gave the Donegal Town men a chance but they turned in a stunning performance to win by 2-11 to 0-6, and it was the result that ultimately cost Glenswilly a spot in the knock-out stages.

Milford midfielder Joey Cullen felt the TV recording of their quarter-final hammering at the hands of St Eunan’s wasn’t one he was going to revisit any time soon. 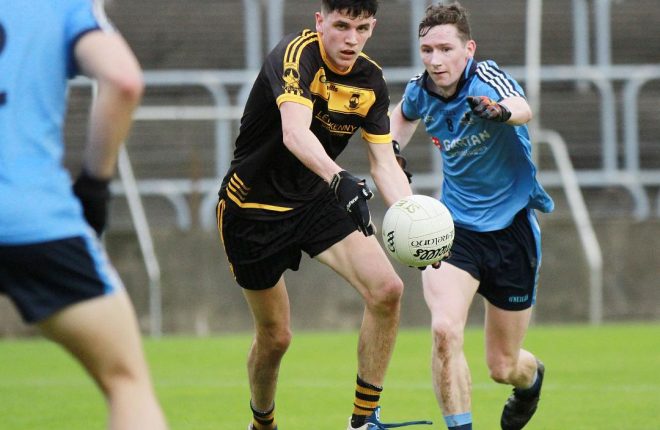 Controversy of the Championship Award: John O’Malley’s title-winning point proved to be a major talking point in the hours and days after Naomh Conaill’s triumph over Gaoth Dobhair. Whether the ball had crossed in front or behind the post provided an interesting debate, and even when it was made fairly clear on Twitter there were still some doubters. Well done to the umpires for coming to the correct call.

Individual Performance of the Championship Award: There were many impressive individual displays over the course of the championship, but none were better than Oisin Gallen’s performance against Dungloe. The Sean MacCumhaill’s youngster was superb scoring 2-9, of which 2-8 came from play.

‘Pressure is for tyres and deep sea divers’ Award: There was huge pressure on Buncrana heading into the Junior ‘A’ Championship, but they backed it up by winning the county title. Letterkenny Gaels put it up to them in the final, yet the Scarvey side found a way and now they are on the quest of Ulster glory. Their manager Malachy McCann is one of the true gentlemen of Donegal GAA.

The ‘Old dog for the hard road’ Award: St Eunan’s appeared to be heading out of the championship as they trailed St Michael’s by a point in injury-time in their final group stages game. However, the experienced Conall Dunne then found two yards of space to curl over the equalising score which was enough to send St Eunan’s through to the knock-out stages. It was a crucial moment, and why Dunne wasn’t used in the semi-final against Glenties is still a burning question.

Fine Margins of the Championship Award: St Naul’s and Downings met in the first round of the group stages in the Intermediate Championship at Gerard Gallagher Memorial Park. The Mountcharles men prevailed in that game by a single point, and the Rosguill side were disappointed not to get something from the match. Fast forward five weeks and St Naul’s were crowned Intermediate Champions, while Downings were relegated to junior football after losing a play-off against Naomh Ultan.

Goal of the Championship Award: Cloughaneely’s Darren McGeever came home for Australia in time for the Championship and while it didn’t end in glory, he did send his side through to the Intermediate decider with a stunning goal against Aodh Ruadh. His supporters were urging him to put the ball over the bar and send the game to extra-time. However, McGeever had other ideas and hammered a brilliant shot to the net past Peter Boyle.

The Unsung heroes of the Championship Award: A nod in the direction of the loyal group of volunteers who sit in the van at big games giving out tickets to the paying punters. Despite attending most matches, they see very little football, but they do fulfil an important role.

The ‘Must do better’ Award: After Donegal reached the All-Ireland Finals in 2012 and 2014, we were told that Inishowen football was making strong progress. However, next season there won’t be any teams from the peninsula playing senior football, and at this moment in time, it’s hard to see who is going to break back in again. There is no doubt that some clubs should be doing better considering the talent at their disposal.