ONE of Donegal’s most famous ballroom of romance is being brought back to life through the acclaimed ‘Dreamers and Dancers – The Story of the Butt Hall’.

Penned by Susan Doherty, the musical play was first performed to packed houses at the Balor ten years ago to mark what was the 50th anniversary of the award-winning Butt Drama Circle.

Rewind to June 2006 – Ms Doherty stood, along with a hundred or more onlookers, on the pavement outside the old Isaac Butt Memorial Hall. Seated inside at a table were the members of the Butt Hall Committee and various dignitaries. The final contract was signed.

The old Butt Hall would be demolished before the end of the week to make way for the new Butt Hall Centre, which would also house a purpose-built Balor Theatre.

It struck Susan at the time that, in a few days, the much-loved Butt Hall would be gone forever. So, she set about writing the original script for Dreamers and Dancers. To say the show was well received when it was first staged in 2009 would be an understatement
– it played to packed houses for two full weeks.

Recently adapted and directed by Monica Doherty, audiences from all over Donegal and beyond are being given an opportunity to take another trip down memory lane to when it all began over 100 years ago. From drama productions to silent films, court cases to
card games, an educational facility to a library, the many ways in which the history of The Butt Hall is woven into the fabric of the Donegal community are being celebrated. 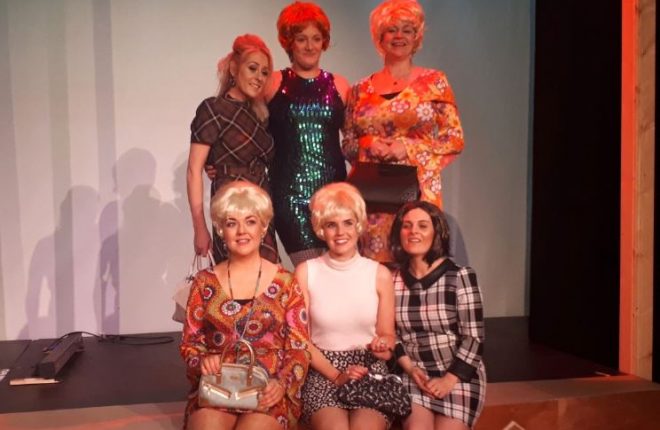 Above all there’s the music. For all its myriad activities and uses down through the years, it’s as a dance hall that the Butt Hall is most famously and fondly remembered – one of the true Ballrooms of Romance.