GIVEN his family connections to the club, it was always likely that Marty McAteer would devote some of his playing career to Kerrykeel ’71, and he has helped them climb to the top of Temple Domestic Appliances Division One table this season.

The McAteer family are synonymous with football in Kerrykeel and Donegal, and Marty’s parents John Joe and Peggy are renowned and highly-regarded throughout the county and further afield.

Marty McAteer forged a fine career for himself in the Ulster Senior League with Letterkenny Rovers and Fanad United, and his versatility meant that he was always a valued asset for whatever club he was representing.

He had a brief spell with Kerrykeel ‘five or six years ago’, but still felt he had more to offer at Intermediate level and went on to star with Fanad under the guidance of Arthur Lynch.

However, Kerryekeel had a 2018/19 campaign to remember, and the 71’s manager and McAteer’s brother-in-law Hughie Walsh managed to persuade the 37-year-old to play his football at Rab’s Park this term as they move up to Division One.

“Arthur wanted me to stay on with Fanad, but then Hughie rang and he said he was looking for a bit of experience and didn’t want to be found wanting in Division One.

“Obviously there’s a big family connection with the club. Dad would have managed Kerrykeel for well over 30 years, and mammy was always there and had a huge involvement too.

“My sister Deirdre is married to Hughie and she helps to keep the club going now as well.

“I thought it was time that I came and played. I was getting a bit of abuse from dad, and he would say ‘you’d think you would sign’.

“So I decided I would come back and see how it goes, and I should have a few years left in me.

“I’ve never had any real bother with injuries and hopefully that will continue.”

McAteer was up in Tallaght on Tuesday night with his daughter supporting the Republic of Ireland Women’s team and he clearly lives in a sport mad house.

“My son Callum is 14 and he was up with Finn Harps underage for a few seasons, and now he’s in the county squad so it’s all go.

“Then Amy my little girl is big into sport as well and she does gymnastics, swimming, gaelic, soccer, and basketball, so she’s out most nights in the week.

“My partner Marie is training for the marathon at the minute as well, and then you add in my own stuff, and it’s very busy, but we all enjoy it.”

After a strong campaign last season, Kerrykeel were determined to impress this year as they moved up to the First Division, and they are top-of-the-table after collecting nine points from three games.

“We’ve had a strong start to the season and we couldn’t really have asked for much more.

“I remember we played Fanad in a friendly at the start of the year and they beat us 1-0, and we had a meeting after it, and we said we had a decent team if we put in the work.

“We didn’t really kill ourselves in pre-season, and we just said that we would get one good night of training during the week.

“I’ve seen it before even when I was with Fanad, and you try to go two nights, and you have half the boys on Tuesday night and the other half on Thursday.

“We get everyone out on Wednesdays and get a good training session in and that has served us well so far.”

Kerrykeel defeated Letterbarrow 6-1 in their season opener, and then edged out Lifford Celtic 4-3 at Greenbrae.

Last week they claimed the derby bragging rights as they saw off Rathmullan Celtic 2-1.

It was a tough battle and Kerrykeel lost Michael McDevitt to a red card, but goals from Paddy Carr and Sean Little gave the ’71 a famous victory.

McAteer said: “Rathmullan have a very good team and there’s no doubt in the first 15 minutes they were the better side.

“We had a few boys who were panicking but then we settled into the game and got on top and we had three or four chances to score.

“In the second half, we went one up, and we were looking comfortable enough to be honest, and then one of our defenders was coming out of defence and he took one touch too many.

“They got the ball, and the defender brought him down and was shown a red card, and Rathmullan scored from the free-kick.

“We actually played very well with ten men then and got the winner and managed to hold on for the win.”

Kerrykeel have a good mix of experience with Paul Friel and Michael Sweeney on the books, while they also have youth through Evan Hewitt, Sean Little, Patsy Friel, and Bernard McGettigan, and McAteer says their squad is getting stronger with every passing week.

They will be big favourites to win this Sunday when they head to Emerald Park to face St Catherine’s.

The Killybegs side have lost their first four matches, and have shipped an incredible 28 goals in the process.

However, McAteer believes they will pick things up sooner rather than later, and he’s not taking anything for granted this week.

“It’s hard to know what we will face against St Catherine’s.

“They have been getting a few poor results, but the gaelic is over down there now, so they will probably get a few players back.

“We have momentum at the moment and we want to keep that going.

“We know at some stage we’re going to lose a game, and the key will be how we react to that.

“It would be foolish for us to go down there this week and underestimate them, so we have to get up for the match.” 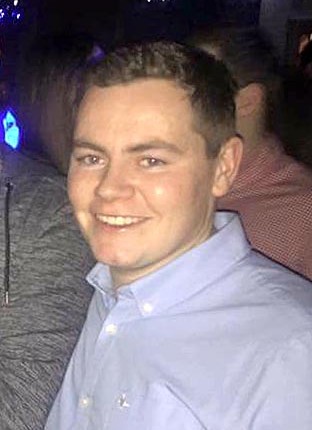 Michael McDevitt gives us an insight into the Kerrykeel '71 dressing room.