PLANS have been lodged with Donegal County Council this week for a million euro expansion project at Letterkenny Community Centre.

The ambitious two storey extension will see the centre on Pearse Road expanded by approximately 1,700 square metres if given the green light and will incorporate a new multi purpose sports hall, extension to the gym, new training and meeting rooms, staff facilities, a new entrance, coffee dock, new changing and toilet facilities and a spectator area.

It will require a massive fundraising drive locally to see it through to completion and a fundraising committee will be set up to focus on the project.

Centre Manager, Liam O’Donnell, told the Donegal News that the expansion would create jobs but the exact number was not yet known as it will depend on business.

“We are trying to do is have a shovel ready project. We are doing well. We have made a lot of progress here and you have to try and keep improving. There is huge numbers coming through. We are up to around over 2,000 people per week.”

The extension will be built to the right of the centre and the three prefabs currently on the site will be incorporated into the new building. New cladding will also be put up on the front to give it a much needed facelift. Work on the centre’s running track is now being finalised and once this is completed the focus will turn to the extension. While they will try and source funding through grants the bulk of the money will have to be self raised and management are hopeful the people of Letterkenny will get behind them. 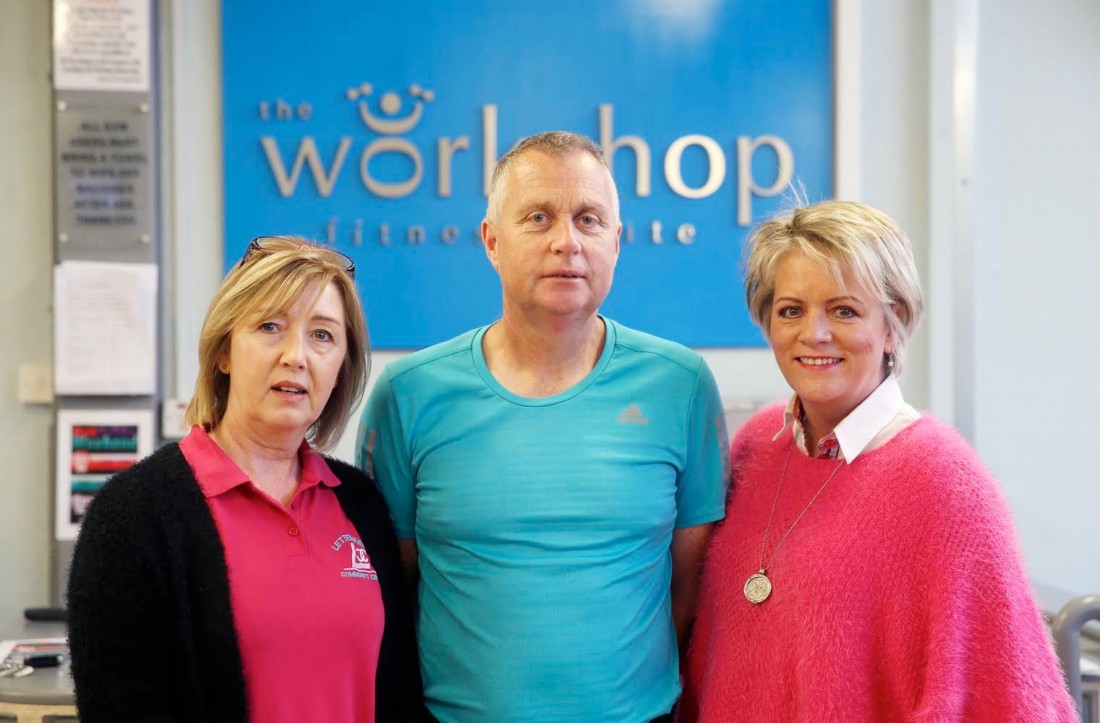 Lorraine McGettigan, who, like Liam, has been working at the centre for over 30 years, said it was a very exciting time for the team.

“We have grown so big we have grown out of the centre and it would be great to see this new development. This is an exciting time and we are hoping that the people of the town will get behind us once again with the fundraising as they did forty years ago. I think they will because it is a community centre. It was built by the community and it belongs to the community,” said Ms McGettigan.

Fundraising will continue through various methods such as the popular car boot sales, antique fairs and the Christmas annual. The publication, which is edited voluntarily by Jim Lynch, is impressively now in its 39th edition.

Since starting out in the early 1980s the centre has gone from strength to strength and the staff are very thankful to the vibrant voluntary committee that kept things going down through the years.

“We lost one of our longest serving directors last week, Horace Friel, who put a lot of work into the centre from the early years. He was with us on the whole journey. He was a community centre man through and through,” said Mr O’Donnell.

Another big part of the centre is the community employment and Tuas workers who help staff the facility.

“We have been indebted to community employment since 1988. They have continually supported the centre and a lot of people have gained valuable work experience here and moved on to full time employment,” added Mr O’Donnell.

The centre aims to cater for all ages, from five up to 100. Just some of their programmes which have proven to be a great success include their popular summer camps, which have been running for 30 years, their gymnastic section which was recently restructured and has around 400 children taking part, and their Rehab group for older people which has been running in conjunction with the HSE for the last five years and has really taken off.