Advertisement
HomeBreaking NewsFundraising dance in memory of baby Cara Rose
Advertisement
THE Donegal parents of a beautiful baby girl who sadly died in Canada at four weeks old have raised almost €29,000 for the Kevin Bell Repatriation Trust, which helped bring their daughter home.
Baby Cara Rose Bonner passed away in October of last year from an undiagnosed congenital heart condition in Calgery, where the Bonners have lived since 2014.
Cara Rose’s mother, Breda, hails from Glenfin and her father, James, is from Doochery.
The couple moved to Canada in 2014. They wed in Donegal in 2016, but had grown so fond of Canada they decided to stay for longer.
Earlier this year the couple put plans in place for a major fundraiser in memory of their daughter and to raise funds for the KBRT. The charity provided enormous help to the family in the devastating and difficult hours after Cara Rose passed away.
On Friday night last, the ‘Fundraising Dance in Memory of Cara Rose Bonner’ came to fruition in Villa Rose Hotel in Ballybofey. Following on from what was an emotional and special night, Breda and James met Colin and Eithne Bell for the very first time on Monday.
The Bell’s, from Newry, set up the cross-border charity which helps alleviate financial pressure of bereaved families repatriating the bodies of their loved ones who die suddenly abroad after losing their own son, Kevin, in a road traffic collision in New York in 2013.
Baby Cara Rose was born on September 8, 2018 and Breda and James were immediately besotted. Soon after she was born, the couple booked their flights to return home for Christmas.
On October 6 of last year when Cara Rose was just four weeks old, Breda and James noticed she wasn’t quite herself and decided to take her to hospital thinking she may have had an infection.
In a tragic turn of events, Cara Rose became lifeless and the unthinkable emerged that she was gravely ill. Despite doctor’s best efforts, she could not be saved.
In the days after her passing, preliminary test results revealed Cara Rose had three holes in her heart which had gone undetected.
Breda and James were completely bereft, but they knew they wanted to lay their little girl to rest in Donegal and to give family and friends an opportunity to say their goodbyes.
James’s  sister contacted KBRT and within minutes Colin had reached out to reassure the couple they would take care of all the arrangements to fly their sleeping angel home to Ireland.
Speaking this week, Breda and James thanked everyone involved in the special fundraiser, which raised €28,395.46 to support the work of KBRT.
“We had such an amazing turnout and received an immense amount of support from our communities, family and friends,” they said.
The couple have thanked everyone who bought dance and raffle tickets, donated, or contributed by holding their collections and sponsored prizes.
“We are so proud to say we have raised a total amount of €28,395.46 to give back to the Trust for them to help out the next unfortunate family.
“I’ve no doubt our little angel Cara Rose is smiling down on us.” 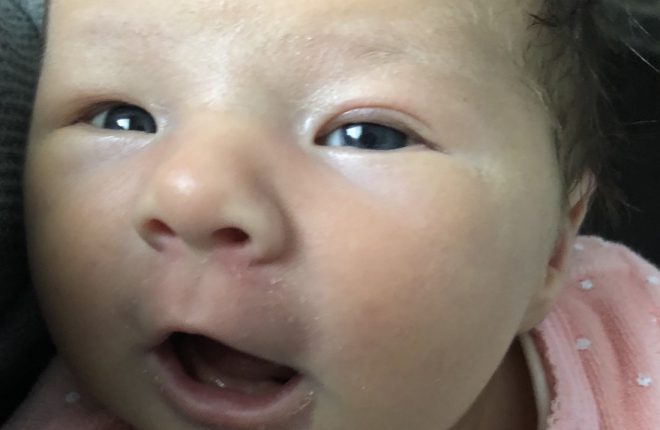