EMIGRATION has ignited a fierce pride in Donegal among the thousands of young people from the county now scattered across the globe.

That is the view of Altan’s Mairead Ni Mhaonaigh ahead of the ten-day Donegal Connect project, a celebration aimed at engaging with the Diaspora and encouraging them home.

From September 27 to October 6 there will be music, talks, workshops, hikes and food experiences, all with the goal of promoting Donegal as a place to live in, to visit and to invest in.

As a member of the folk band Altan, she has toured the world and been greeted by Donegal people in countries from Canada to China and Austria to Australia.

She says that in her experience, emigration has helped people realise what they have in Donegal. It has also inspired a renewed pride in the county of their birth.

“We have found it particularly in Australia which is so far away. Obviously it is easier now to travel home than it used to be but definitely people become more aware of who they are and where they are from when they are away. When we are on tour we have people from Donegal coming to see us yet when we played here they wouldn’t have walked down the road to listen to our music.

“I think it is a case of when you live here, you take what we have for granted. It is only when you leave and come back you realise how beautiful a county it really is.”

Thanks to Star Wars filming at Malin Head and National Geographic voting the county the coolest place on the planet, Donegal has become as much of a brand as a location.

Mairead Ni Mhaonaigh said that on every given opportunity, she tells people where she is from and how proud she is of her roots. 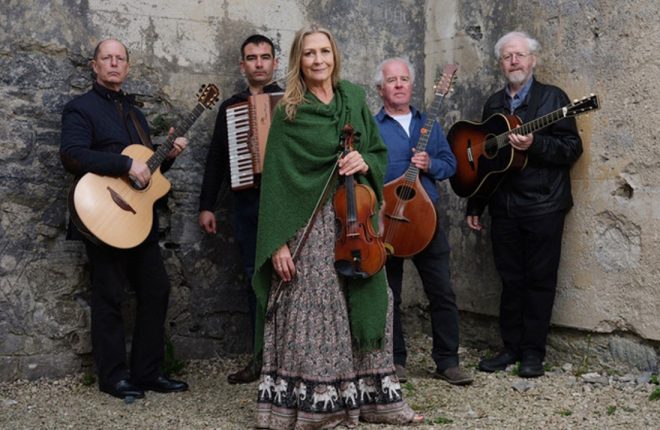 Altan will play a concert in Gaoth Dobhair’s Amharclann on September 29 as part of the Donegal Connect Project.

“We have been bringing Donegal music all over the world for 30 years and I am very passionate about promoting where I am from. We have so much richness here and what Donegal Connect is about is reaching out to our young people, that 18 to 35 bracket, and inviting them back.

“When I speak people outside of Ireland they tell me they would give their right arm to live here. That is what this is about, it is about drawing people in. I feel we do that collaterally with our music by taking what we do all over the world. People come to hear our music and they want to visit the place where it is from.”

As part of that promotion, Altan organises an annual bus tour which attracts fans from all over the world. Followers get to spend nine days in Ireland, several of them taking in Donegal’s most famous landmarks.

Having Altan’s lead musician as an ambassador for Donegal Connect was the perfect call. Mairead Ni Mhaonaigh sees where the flaws are and is aware of what has driven people to seek a new life overseas. She is however only too happy to step up to the mark and play her part in reversing the emigration trend.

“We have fantastic young people all over the world, all very well educated and doing well for themselves. But it is up to us to reverse the brain drain that has taken them away and to draw them home again. Doing that would in turn help our lifestyles because the skills they have acquired will boost our own economy. We need more of that, more ideas, more experience and more energy.”

As part of Donegal Connect, Altan will play a concert in the Amharclann, Gaoth Dobhair, on September 29. Supporting them will be An Crann Óg, a group of young artists keeping traditional Irish music and song alive in west Donegal.

“An Crann Óg is the next generation,” she said.

“We have so many fantastic and creative young people in Donegal. We are the old fogeys, it is time for the next generation to take over.”

For more information on Donegal Connect, log on to www.donegalconnect.com