Advertisement
HomeHeadlinesSt Eunan’s Class of ’69 reunite in Letterkenny
Advertisement
FORMER students of St Eunan’s College in Letterkenny returned to their old school last weekend to celebrate their 50-year reunion.  There was events organised throughout the weekend for the fifth and final year class of 1969.
The main events took place on Saturday starting with a meet and greet in the glorious sunshine at the front main entrance doorway. At 11am there was a mass and remembrance service in the college chapel conducted by Fr Kieran McAteer who was himself a member of the class. Organiser, James McMonagle referred to those members of the class who have passed away. There were three who were students for the full five years, namely Patrick K Boyle, Michael Oliver McIntyre and Brendan McDaid. There were a number of others who had been students for one or more years at the beginning or end of the five-year cycle. James also referred to those class members who had to endure the death of wives or children and asked colleagues to remember the deceased members of staff. 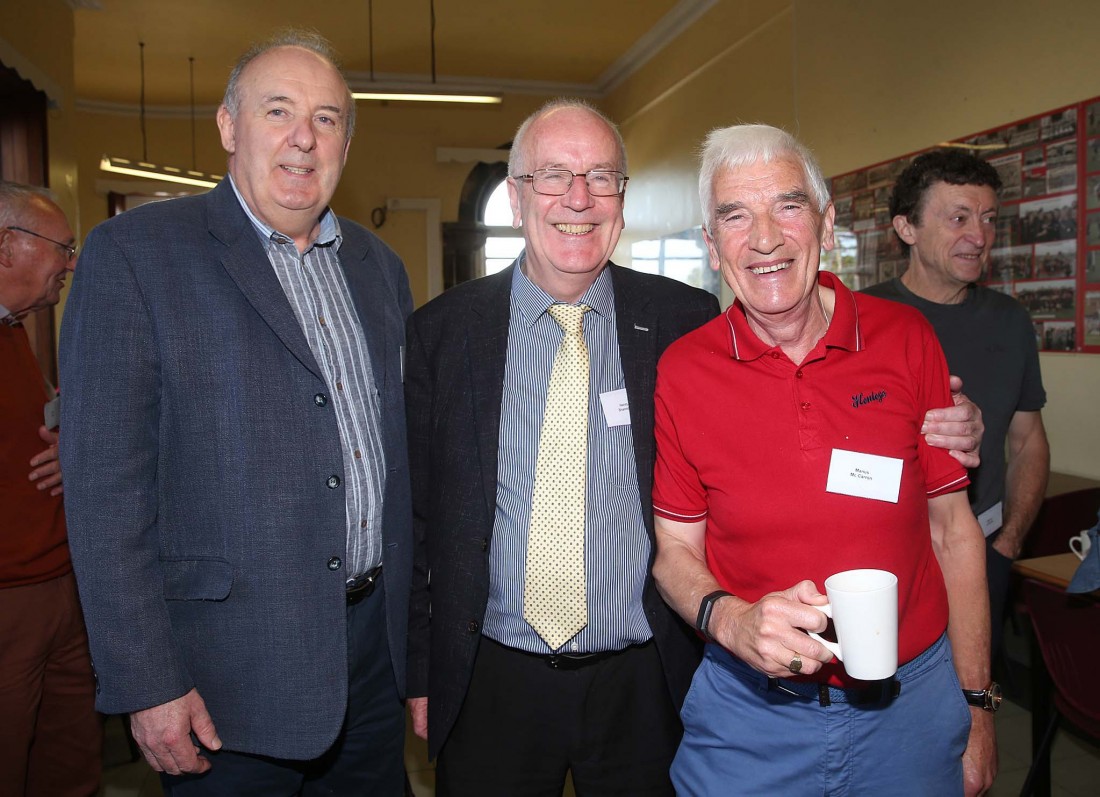 James McMonagle, Henry Shannon and Manus McCarron at the reunion

After the service class members went to the college canteen where they were greeted by the outgoing college president, Chris Darby and the incoming president, Damien McCrory. Mr Darby referred to the development and expansion of the college over the years and to the major building and refurbishment programme that is anticipated in the next few years. Following his address light refreshments were served. The former students noted that some of the canapés provided were left uneaten something that would not have been likely 50 years ago. 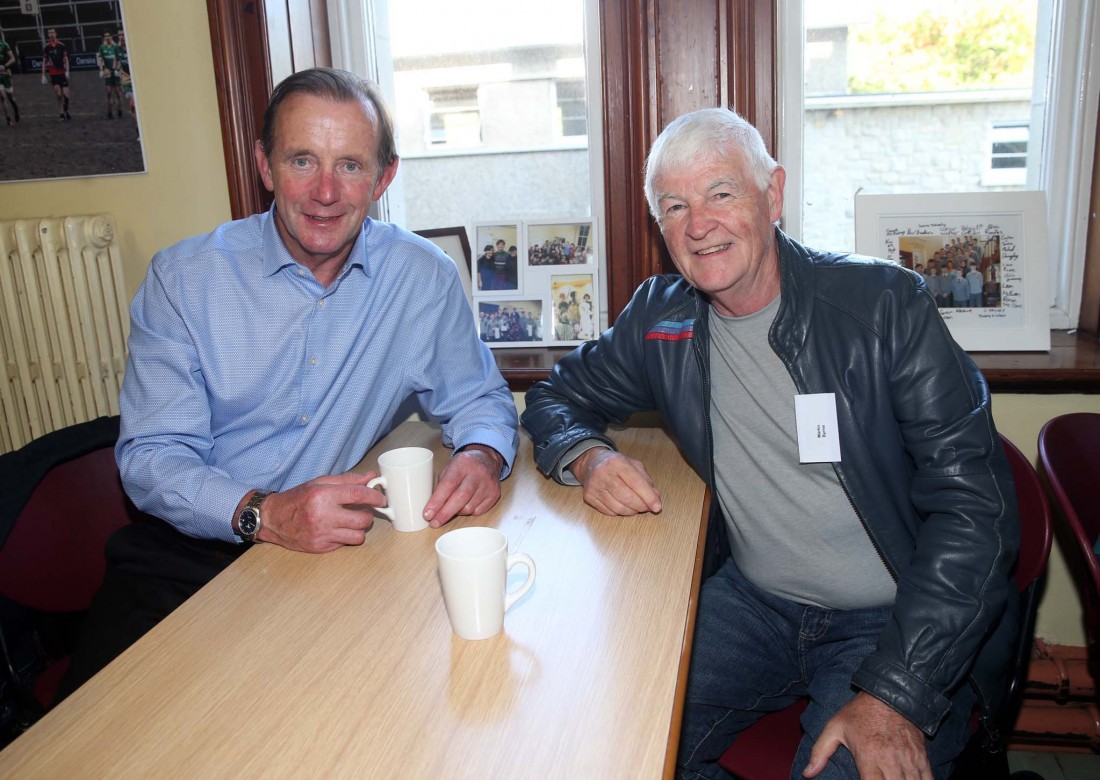 Christy Early and Martin Byrne pictured at the reunion

Afterwards  they strolled through the various floors and corridors and reminisced about their time as students. There were memories and stories of the good times and the worst of times. Mr Darby had invited Conor McMonagle, a current prefect, to act as a guide for past pupils who included his uncle James who had been the first day boy prefect 50 years before. Later the class of ‘69 met in Dillon’s Hotel for a reception followed by a meal.
After the meal James McMonagle referred to those who could not attend for various reasons. He also thanked those who helped him organise the events of the weekend and helped him to contact various members of the class. He referred in particular to Henry Shannon, Michael Strain and Sean Coll. He introduced speakers including Bruce McLennan, Henry Shannon and Joe Varilly. Brian Quigley read a poem he had composed referring to his time as a student.
There was music and singing. Brian Quigley played the keyboard, Paddy McIntyre and  Henry Shannon played guitar, Martin McIntyre provided some tunes on the bag pipes while other class members sang songs including Paul Cannon. 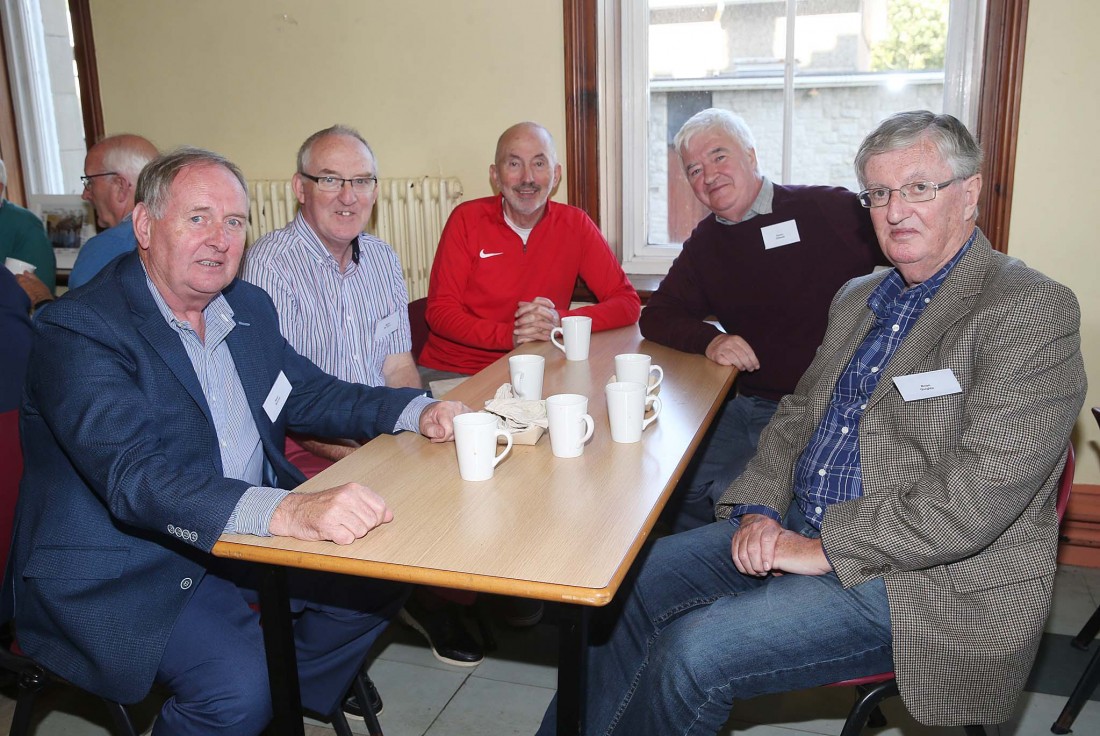 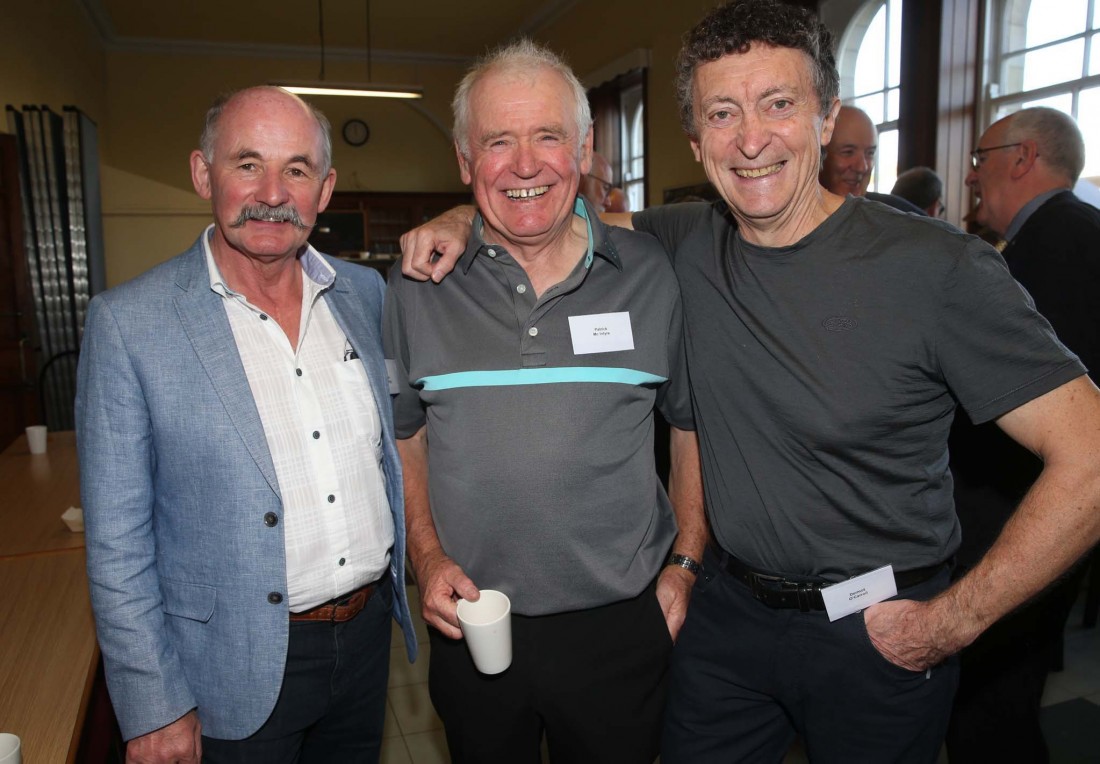