Advertisement
HomeHeadlinesAnimal welfare concerns following vets closure
Advertisement
VETERINARY Ireland is calling on the Department of Agriculture, Food and the Marine and the Veterinary Council of Ireland to initiate an immediate investigation into the operation of a veterinary practice recently purchased by a lay owned corporate entity. 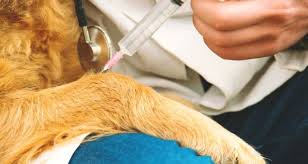 Independent Vet Care (IVC ) leased Donegal Animal Hospital and practice from brothers Ciaran and Gerald Roarty in January. On August 22, the company closed the practice citing a Department of Agriculture investigation, regulatory issues and staffing problems.
Responding to a recent reports that the Donegal Animal Hospital in Letterkenny has been temporarily closed by its British owners (Independent Vet Care (IVC)) due to regulatory issues and staff shortages, Veterinary Ireland President Dr David MacGuinness, MVB MRCVS stated: “The reports of distressed animals left without veterinary care due to the closure of the veterinary practice by its lay owners is a major concern to Veterinary Ireland”.
According to Veterinary Ireland Chief Executive Finbarr Murphy: “Our concerns that vets who become employees of lay corporate entities would not have control over the provision of veterinary services to the public have been realised. It is vital that the Department of Agriculture, Food and the Marine and the Veterinary Council of Ireland clarify immediately that lay persons can have no role in the operation of veterinary practices”.
The Veterinary Council has recently clarified that veterinary practitioners should be fully and autonomously responsible for the provision of veterinary services to the public.
According to Mr Murphy: “It is clear from what has happened in this instance where the practice has been closed by its lay owners and farmers and the public have been left without veterinary services that the vet is not in control of the operation of the veterinary practice or the provision of veterinary services, including the provision of 24 hour services and the sale and supply of prescription animal remedies which are of critical importance to animal health and welfare and human health.”
He concluded: “It also raises the question as to who is now responsible for the critically important antibiotics and other dangerous drugs which of necessity would be available to that veterinary practice and should be under the control of a veterinary surgeon.”