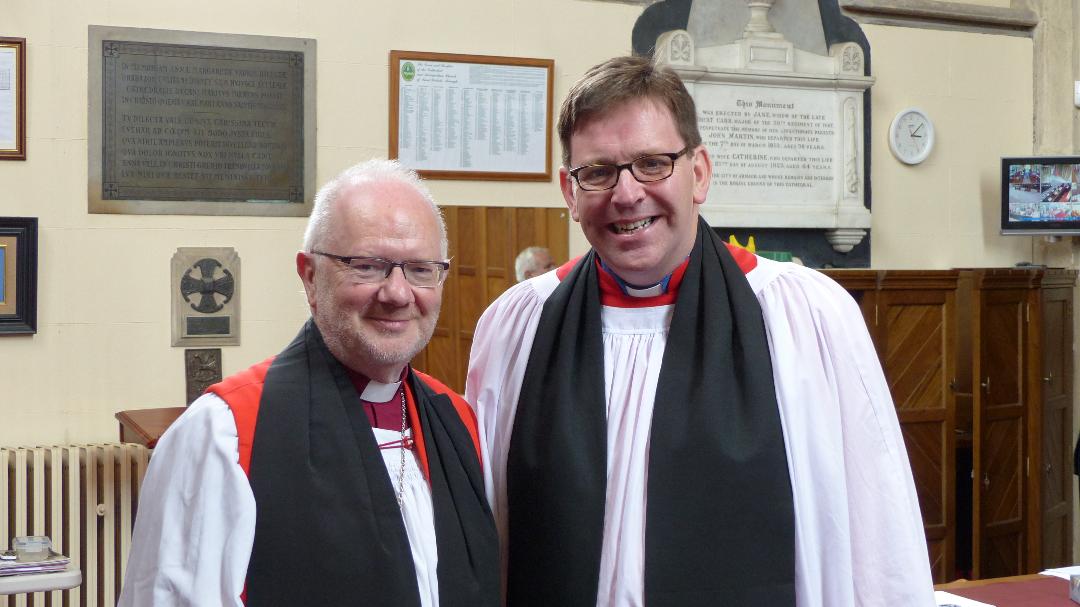 Archdeacon Forster has been Rector of Drumglass (Dungannon), in the Diocese of Armagh, since 2007, and Archdeacon of Ardboe since 2015.  He was previously Rector of Drumcliffe and Archdeacon of Elphin and Ardagh, in the Diocese of Kilmore, Elphin and Ardagh (2002-2007), Church of Ireland Chaplain and Dean of Residence at Queen’s University Belfast (1995-2002), and Curate in Willowfield Parish Church, Belfast, in the Diocese of Down and Dromore (1992-1995).
The Most Revd Dr Richard Clarke, Archbishop of Armagh and Primate of All Ireland, said: ‘We wish Andrew Forster every blessing on his election. I have known Andrew since he was eight years old. He has been a great colleague as an archdeacon in Armagh diocese and I know that he will bring great gifts to his new responsibilities.’
The bishop-elect said: ‘I am very much looking forward to beginning a new chapter in ministry and getting to know the diocese. I am very humbled by the fact that the Church has put its trust in me to take that role.’
Following approval by the House of Bishops, the bishop-elect will be consecrated as a bishop on a date to be determined.