THE owner of Lifford greyhound stadium has accused the Irish Greyhound Board of deliberately targeting the track until it was no longer sustainable.

Hugh Duffy says he is devastated at having to shut the stadium he and his family have owned since 2000. But in the light of cuts to race cards and dwindling prize money on the part of the Irish Greyhound Board (IGB), Mr Duffy told the Donegal News he was left with no other choice but to close.

Thirty jobs will be lost when the stadium shuts following a final night of racing this Saturday. It brings to an end a tradition reaching back over 60 years in the border town. 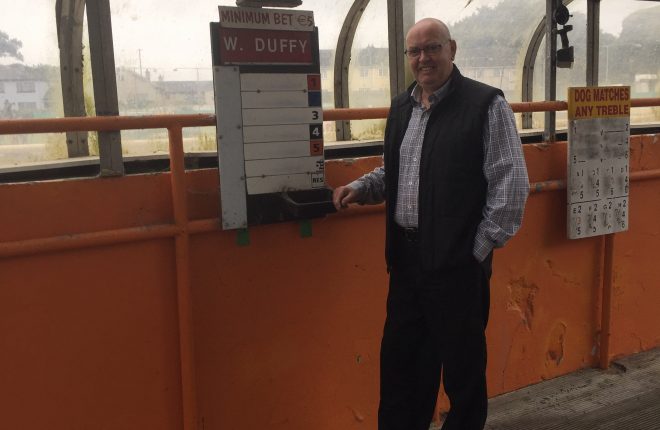 In its heyday of the mid-2000s, Lifford stadium hosted racing on a Friday, Saturday and Sunday night and attracted thousands of dog owners and punters from all over Ireland. At its height it employed over 150 people and had a waiting list of six weeks for customers wanting to eat in the restaurant.

Over the years though things have tapered off to the point where since 2013, racing has only been held on a Saturday night.

Hugh Duffy says the final straw came last week when management was informed by the IGB that the number of races was being reduced from 12 down to ten. The businessman said it was the latest in a series of blows dealt to the Lifford track by industry’s ruling body. 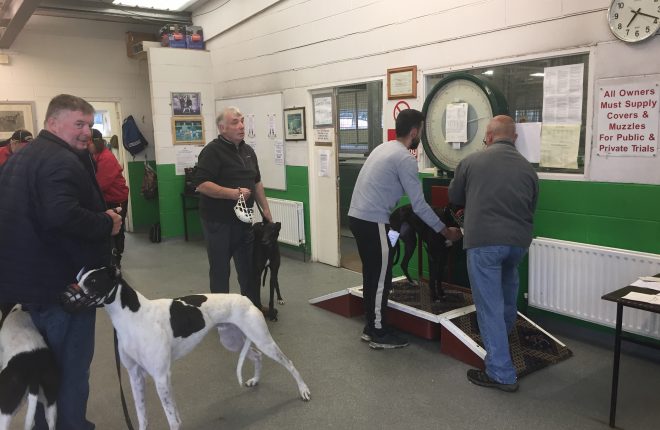 Inside the weighing room. This Saturday will see the tradition come to an end after 60 years.

“The final blow for us was when our racing manager Matthew received an email telling us that we will no longer be allowed to run 12 races, that we are being cut to ten,” said Mr Duffy.