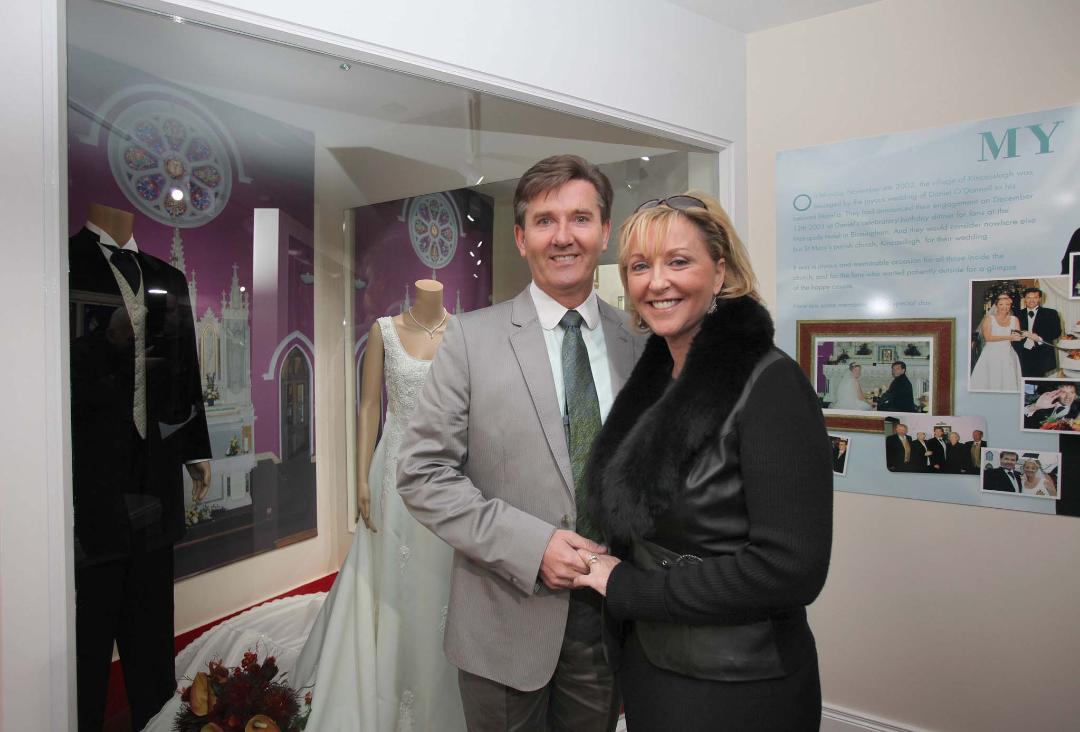 Daniel and Majella O’Donnell at the official opening of the Visitors Centre in Dungloe in 2012.

It was confirmed by owners Pat and Anne Gallagher this week that the premises which houses the Daniel O’Donnell Visitors Centre has been sold.
A statement issued on Monday by Pat and Anne Gallagher read: “It is with regret we announce the closure of the Visitor Centre in Dungloe. The premises of the Stepping Stone Bar and Bank Bistro has been sold with vacant possession. We wish to put on record our appreciation to all the visitors, the coach companies and social groups who supported the venture since 2012. Thanks to Brid who welcomed everybody from far and near. 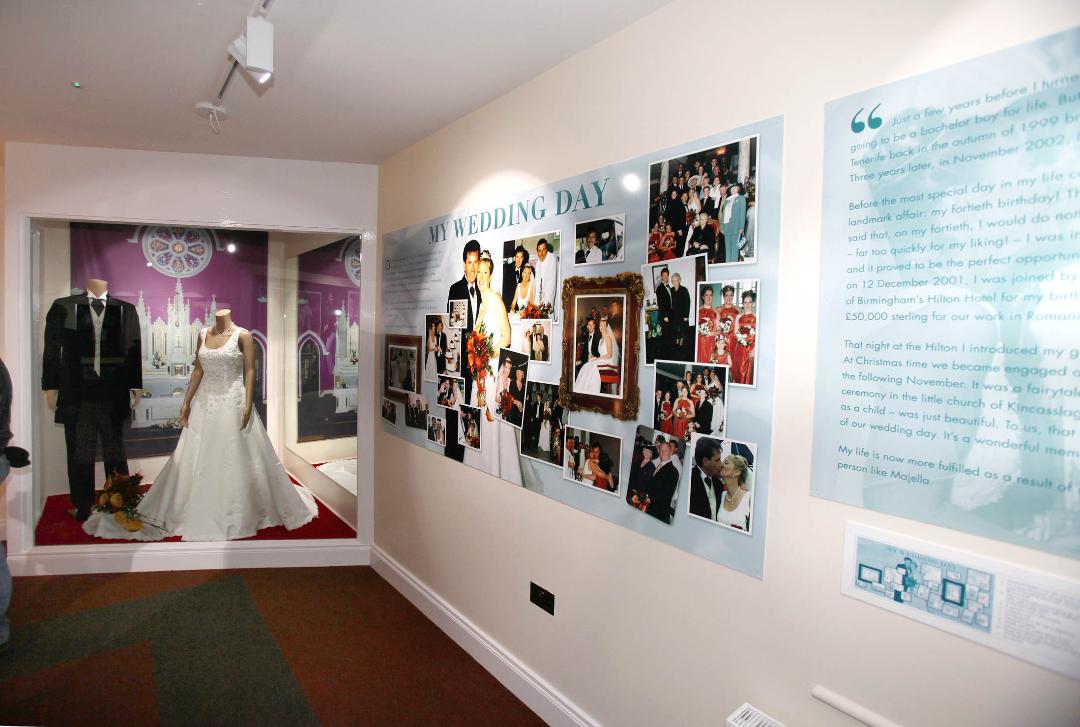 Inside the Daniel O’Donnell Visitors Centre

It continued: “We are indebted to the many television production companies who recorded and gave publicity to the centre. A very special thanks goes to Daniel and Majella for allowing us the opportunity to showcase their special moments. We truly appreciate the time and effort they both gave to the Visitor Centre.”
Responding to the news, Daniel O’Donnell thanked the many people who have visited the centre since it opened in 2012 and in a post on Twitter stated: “I would like to thank Pat and Anne and everyone who helped in the Visitor Centre since it opened. I’m very grateful that they have so many people the opportunity to see all of the memorabilia we have gathered over the years. Thanks to all of you who visited, I hope you enjoyed the experience.”
See Friday’s Donegal News for more.