Advertisement
HomeHeadlinesLetterkenny farmer becomes latest Lotto millionaire
Advertisement
THERE were jubilant celebrations at Lotto HQ today as Donegal farmer Odhrán Doherty (23) became Ireland’s newest Lotto millionaire after he claimed the €1 million top prize from the Lotto Plus 1 draw from last Saturday with a ticket gifted to him from his dad Liam. 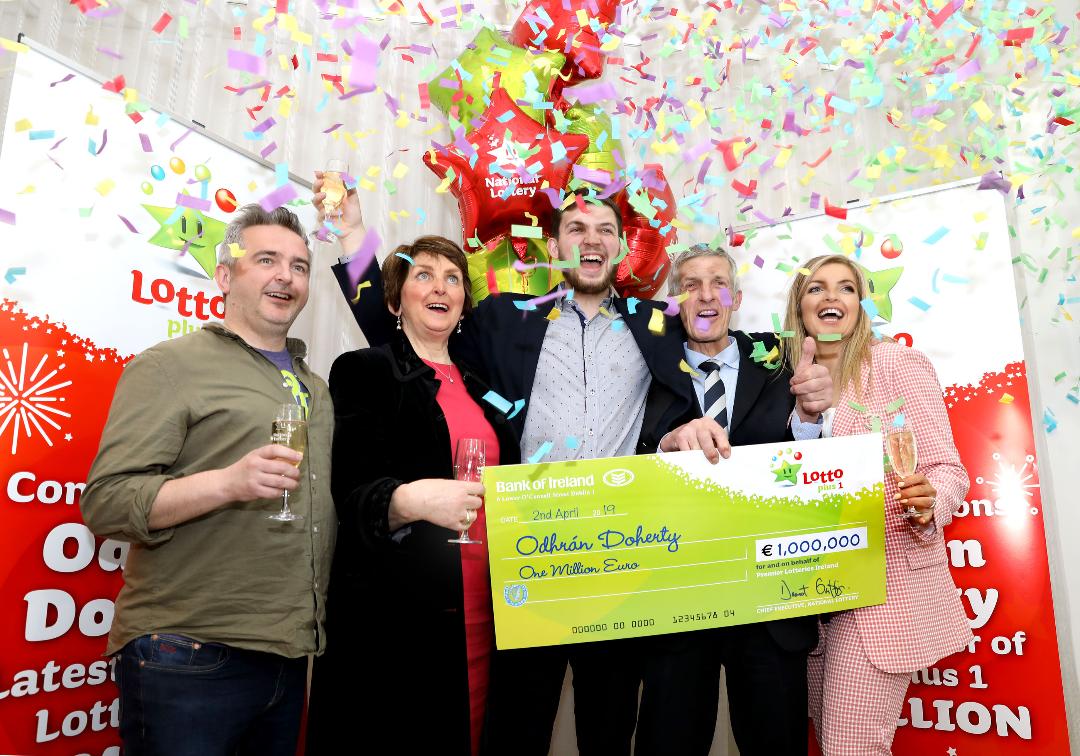