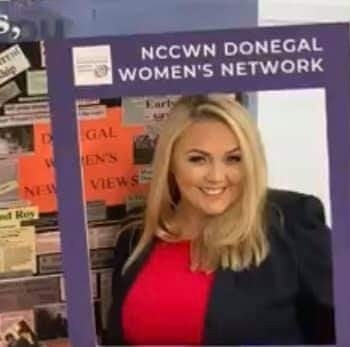 Ms Stewart said: “It’s in clear black & white now that Customs and Revenue are targeting ordinary Donegal people and in spite of having been found in breach of European Law, the trend looks to be increasing.
The European Court of Justice ruled two years ago that Ireland’s practice of charging the full amount of VRT up front – even if the vehicle was only being leased for a limited period of time – is in breach of EU law.
Instead of amending the practice as recommended by the ECJ, Customs & Revenue have doubled down on setting up checkpoints and charging the full rate of VRT in Donegal.”
She continued: “The people of Donegal have long known we’ve been targeted by Revenue. In figures I received from Revenue through a Freedom of Information request, it has revealed the extent to which we are targeted in Donegal with 90 customs checkpoints relating to VRT in the first three months of 2019.
In the same period for the three border region counties of Cavan, Monaghan and Longford combined there were 45.”
Ms Stewart revealed that 287 VRT checkpoints were established in Donegal in 2018. In Cavan, Monaghan and Longford combined there were 225
“This is all happening despite the ECJ ruling illegalities within the VRT system in Ireland, and the Minister for Finance, Paschal Donohue, has done nothing to correct it. The case was in September 2017, and enforcement is continuing in direct contradiction to that ruling.”
She went on to state: “I find it very revealing that as soon as it was thought Revenue was hampering the profits of gaming establishments owners, establishments which harm the ordinary people of the peninsula, councillors jumped into action to save the wealthy gaming bosses’ profits with the argument that it was to ‘save jobs’, jobs which were never really at risk.
“When we first set up the anti-VRT group, certain politicians appeared at the protests and meetings and professed their support. They haven’t mentioned it since then. Why is that? Surely every politician’s job is to voice the concerns of the people they claim to represent.”
She concluded “The reality is that hundreds of ordinary working Donegal people are affected by Revenue’s aggressive tactics, where alongside armed Gardai in some instances, they conduct checkpoints in the border areas as people try to go to and from work.
“The year 2018 saw Donegal retaining the mantle of being the poorest county in the Republic for the 17th year running.
In a poor, rural area such as this with very poor public transport and poor roads, people rely on having decent cars to maintain their employment. We’ve seen first hand the more expensive northern cars get waved through checkpoints by officers. We know that expensive Northern cars are waved through checkpoints because generally those with expensive cars can afford expensive barristers, and Revenue won’t take the chance of a court date they’re likely to lose. VRT is discriminatory towards the ordinary working classes in Donegal and I will continue to campaign against it at every opportunity.
“I hope voters think very carefully in the coming local elections about decisions councillors have taken on Revenue and slot machines versus their silence on Revenue & VRT.”