Michael Carroll might have added another medal to the collection on Sunday but his initial thoughts after the final whistle were only for the Gaoth Dobhair old guard.

Carroll and so many of his teammates know no way other than winning. The actual significance of the weekend’s Ulster win may well have initially been lost on that pack of youngsters spliced though Mervyn O’Donnell’s side in Healy Park.

But for the likes of Eamon and Neil McGee, Kevin Cassidy, Christopher Sweeney and Christopher McFadden; this must surely have meant the world. Right there and then. Carroll spent the first few minutes after full-time just looking at those faces and what it meant to that more senior cluster.

He said: “It’s just unbelievable. I’ve never felt relief like it there when that full-time whistle went. The scenes were just out of this world. To see the happiness it has brought to everyone’s faces is just really, really special.

“With the rain coming down and the lights on, to see everyone pour out and onto the field after extra-time was just unreal. Yeah, it wasn’t pretty at times but I wouldn’t change that ending for anything. It was heroic stuff.

“These are special days. We have to enjoy it. We’ll do that over the next few days. Football is all about medals and so many of us have been so lucky to get them. We’re so fortunate. We don’t take any of it for granted. Someday, down the line, it’ll all be over and we can all look back and chat about it.

“For the lads that have been around for a while, it’s even more special for us to see the smiles on their faces.”

It wasn’t the Donegal champions’ most polished performance this term but it certainly was their most ballsy. Scotstown did a fine job on preventing Gaoth Dobhair from implementing their energetic running game. And they seemed to be on their way to a famous win.

Carroll though was adamant that Gaoth Dobhair never reached for the panic button.

“We’d chances that we might have rushed,” he explained. “Maybe we were looking for that channel and the right thing would have been to pop it over the bar. We weren’t worried, that wouldn’t be the right word.

“When they came forward they seemed to always get the score. We probably had to be patient in a way we haven’t really had to at any other stage this year. Even at the end of normal time I’d that chance.

“It definitely wasn’t a throw ball! I can’t be too sore on Odhran (McFadden-Ferry) I think the ref has to take the blame for that one! Seriously though, we had to dig so deep in extra-time. When you do that and it goes your way it’s even more satisfying.” 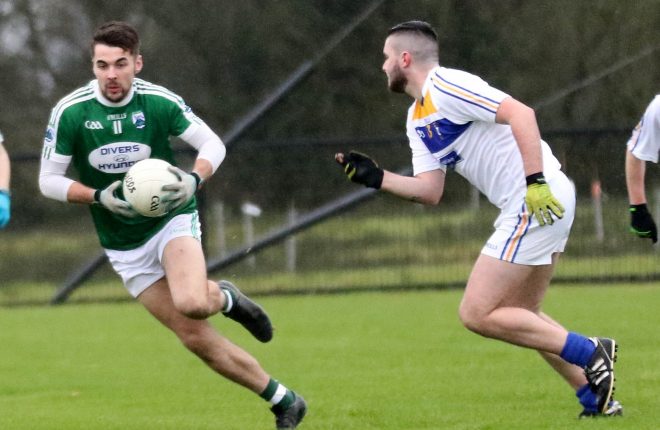 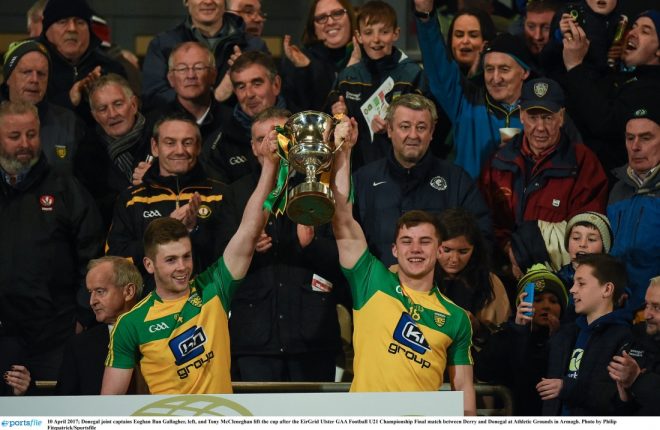 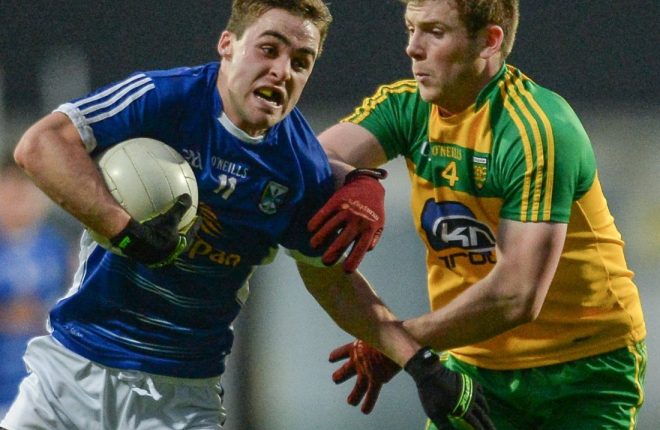 Donegal Under 21s romp to victory against Cavan