DONEGAL County Council has received an ‘excellent’ response to its Hotline ‘Dump the Dumpers’ regarding illegal dumping of waste.
The battle is well and truly on to catch and prosecute those who are committing environmental and economic treason by dumping waste illegally. Illegal dumpers will be prosecuted in the courts and will face the full rigours of the law.
That was the strong message delivered this week by Mr Michael McGarvey, Director of Service, Water and Environment with Donegal County Council.
Last week, the Donegal News visited a concealed dump site in Cavan Upper, a few miles outside Stranorlar, where hundreds of thousands of tonnes of refuse are thought to have been buried at 500 euro a load.
Other sites have been found in Bridgend, Rossbracken (near Letterkenny) and near Gortahork. Investigations are underway to establish the extent of the dump at Cavan Upper.
Speaking to the Donegal News yesterday, Mr McGarvey admitted that much work remains to be done to catch those responsible.
The Director of Service said that the Council responds to every complaint from the public and they were determined to rid the landscape of those people who don’t take responsibility for the waste that they produce.
The Council opened an illegal dumping hot-line following a major RTÉ investigation into illegal dumping at a quarry site in Inishowen which was aired in June. “We’ve received a very good response through the hot-line. We were already aware of some cases that were brought to our attention and were working on them but we’re very grateful to the public for all their submissions. We will investigate and follow up each and every complaint that we receive,” Mr McGarvey said.
“We’re making good progress in dealing with the unfortunate examples of unauthorised dumping, some of which have been highlighted recently. We’re also asking the public to continue working with us and to consider where they’re disposing of their waste, how it is segregated and recycling materials. We also ask them if they are aware where the waste is going when it’s collected,” Mr McGarvey added.
Volunteers
“There’s five thousand volunteers who work with Tidy Town and community groups throughout Donegal every year. There’s been over 350 clean-ups so far this year. We appreciate all the help that we get from the public.
“While we appreciate that there’s a lot of work still to be done we’re confident that Donegal will be the cleanest and greenest region of the country in the not too distant future.
“Donegal County Council won’t be able to achieve that on is own though and that’s why we will continue to rely on members of the public regarding littering and illegal dumping of waste,” he added. 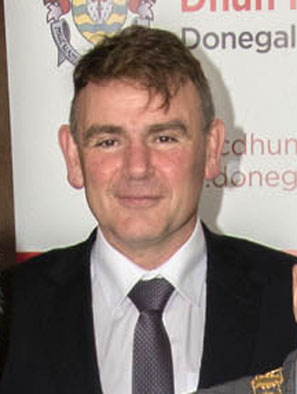