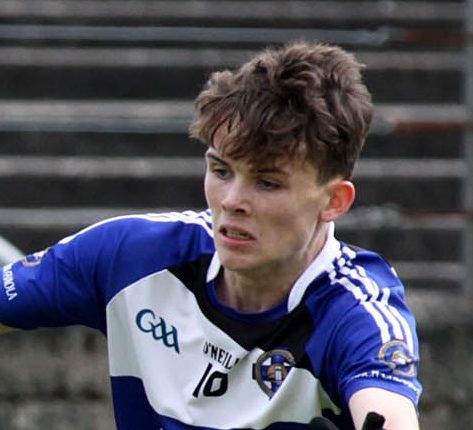 If you were throwing a party and you could invite anyone in the world, dead or alive, who would you ask around? Conor McGregor

Where do you like to go out to celebrate after a big victory? The Loft, Falcarragh

What’s the worst pitch you’ve ever played on? The Bridge, Dunfanaghy on a windy day.

Which character in any film are you most like? I haven’t a clue.

Any odd items in your kit bag? Holy medals.

Who’s the biggest joker in the team you play for? Denis Boyle is a bit of a joker,

Which team mate has the best looking other half? I better keep this one to myself.

Who is the worst/best trainer? Worst: Michael Mulhern, the hamstring always gets tight when there’s a bit of running. Best: Ciaran Scanlon always puts in a good effort.

Who spends most time in front of the mirror in the dressing room? Paddy Cannon

Who’s the best/worst person to sit beside on the team bus? Best: Michael Mulhern, always a few good stories from his antics on a night out. Worst: John “wild man” McFadden. Nicknamed the “wild man” for a reason.

Who has the best and who has the worst diet on the team, and what does it include? Best: I would say mine, I try to keep it clean. Worst: Neil Kelly, nothing but takeaways.

Best or worst quote you’ve heard, either from a manager, player, opponent? “Put the high ball in low” – Ryan Quinn

One to forget? My entire last year of minor between club and county.

Sporting ambition? To play Division 1 and senior championship with Cloughaneely

When you were playing in the back garden, who did you pretend to be? Colm Cooper

If you were in charge of transfers, who’d be in and who’d be out of the team? In: Shaun ‘Turtle’ Mc Garvey. Out: Nobody