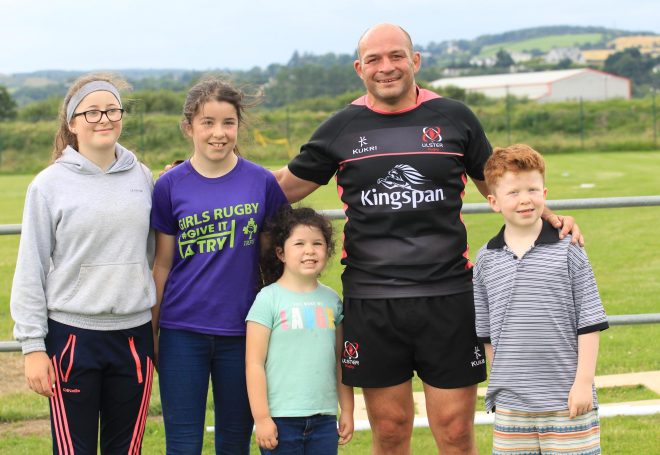 DONEGAL has always been a special place for Rory Best and his family.
For as long as he can remember the Ireland and Ulster captain has been holidaying in Portnoo, outside Ardara.
“When I get close to the wee cottage and smell the turf fires… It’s just a lovely place to be. I’m sure I’ll be going into the harbour tomorrow for a swim to try and recover from that session today,” he smiled.
Best was among the big names players in attendance at Dave Gallaher Park on Thursday afternoon as Letterkenny Rugby Club hosted an Ulster Rugby open training day.
Hundreds gathered to watch Best, Jacob Stockdale, Iain Henderson, Stuart McCloskey and their team-mates being put through their paces.
“My grandfather bought a house in Portnoo the year before I was born, 1981, and we’ve been holidaying up there since. There’s been a lot of changes over the years and it’s a lot more populated. You can also get there a lot quicker nowadays too. When there were three boys in the back of the old Volvo we used to be threatened about ten times on each trip that we’re turning to go home – there were that many fights. It’s a special place – even today. My family is here and I’ll go over there tomorrow and join them,” he said.
Married to Jodie, the couple have three children – Ben, Penny and Richie.
Ben is a Tottenham Hotspur fan and names Harry Kane as his favourite player while little Richie plumps for Jacob Stockdale when asked to name his favourite Ulster player.
“To see the way Ben reacts when he sees Harry Kane makes you quickly realise that you’re a role model and that you have responsibilities for your behaviour and that it’s important that you show that when you’re out and about.
“Who knows there could be somebody here today who is four, five or six years or age who could be lifting the European Cup as captain of Ulster in twenty years time. If you don’t get out and inspire these people how do you know?
“That’s why it’s great coming to the likes of Letterkenny and getting away from our administrative centre in Belfast. For us it’s really important. To see the players in the flesh is something you can’t put a price on,” he said.
This is Rory’s fifteenth pre-season with Ulster – a process which gets a little bit less enjoyable and harder with each passing year for the hooker.
“When you’re in and around the squad you do see the age gap getting bigger every year but they’re a great bunch of guys.
“We’re concentrating hard on getting a good team ethos and good team culture and that’s what this week has been about. We’ve discovered that it doesn’t really matter where you go you just work hard as a squad,” he said.
Captain of Ireland for the 2018 Six Nations Championship, Rory led the team to a historic third Grand Slam and Triple Crown, as well as winning the tournament, by defeating England at Twickenham Stadium on St Patrick’s Day.
“I’ve had worse years,” he smiled.
“To win a Six Nations Championship and a test series Down Under has allowed us to put down some markers,” he said.
Closer to home, he’s hoping that Ulster can do well in the new campaign.
“You get jealous at the end of a season watching Leinster and the way they dominated and you want a piece of that. The international success has been brilliant but it’s always something extra special in a club. To achieve success against all the odds would be really special for us,” he said. 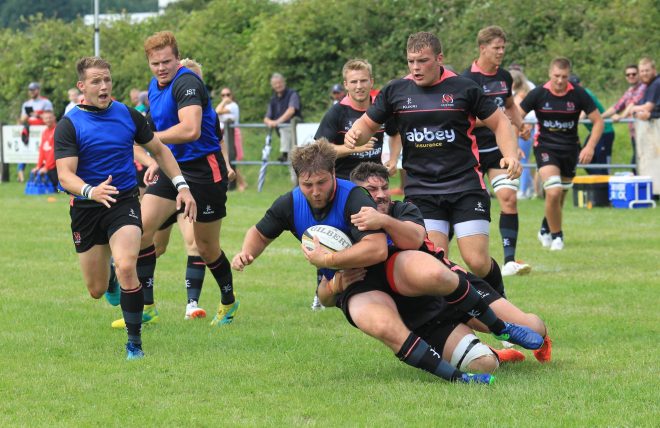