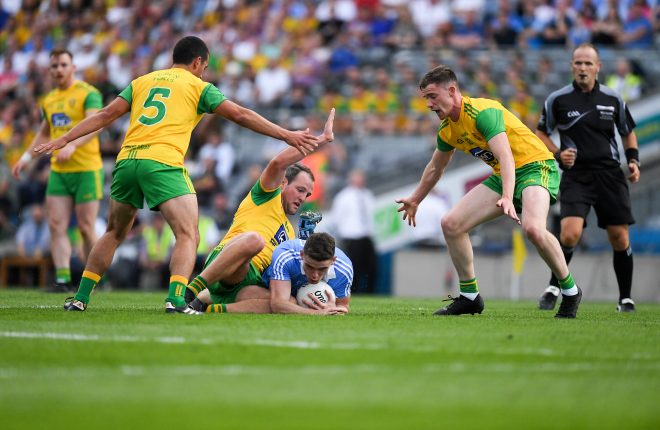 There were high hopes ahead of the first weekend of the Super 8s, but unfortunately the football didn’t live up to the billing.

All four games struggled to really take shape, although they were competitive enough with the exception of the Tyrone and Roscommon match.

There was a strange atmosphere at the matches, and they felt lost in the eerie setting of Croke Park.

The Tyrone-Roscommon and Monaghan – Kildare matches were just as important as the other two matches last week, but it didn’t feel like that.

You have people coming in and out ahead of the second match, and that means that the crowd can never really get a grip of proceedings.

I said last week that the first round matches should have the provincial champions at home.

They should play away in the second round, and then the third game should be at a proper neutral venue where there is a good crowd and everyone can get the sense that this is a real championship encounter.

Perhaps the fact that we now have a round-robin system and not complete knock-out had an effect as well, but I honestly think that every county went out last weekend fully determined to win.

We were beaten by five points against Dublin, and that was disappointing even though there were aspects of the game that were encouraging.

You’ve got to be ruthless against quality teams when you get chances, and we just weren’t clinical enough.

We struggled to win our own kick-outs and it’s very difficult to get the ball back off Dublin when they have it. Their ball retention is top class.

We only had 38% possession over the course of the game, and it’s going to be hard to win any match with those kind of statistics.

In saying that, we still managed 16 scores, and we could have had more.

We had a couple of goal chances, but you have to be realistic, and Dublin could have had four or five goals if it wasn’t for some great Shaun Patton saves.

The two goals we did give away were killer blows, especially as our defending wasn’t up to scratch, and Dublin didn’t have to work too hard to score them. 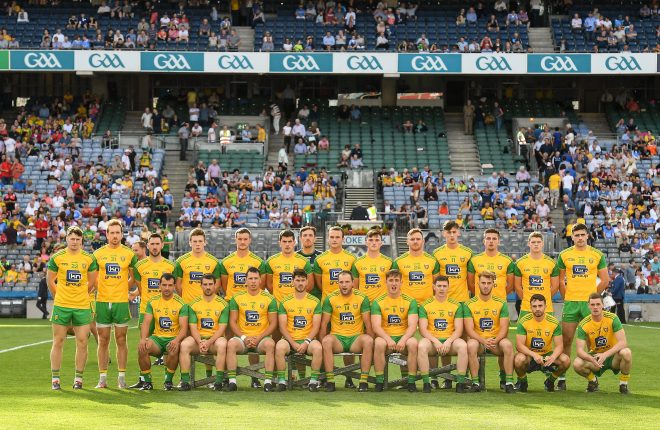 We fell seven points behind at the start of the second half, and it could have got much worse from there.

But the lads hung in there, and got back to within four points, and I could have no complaints about their workrate or application.

There were chances, but we just couldn’t get back to within three points of Dublin, and they were worthy winners.

We didn’t waste too much time thinking on that defeat, as our focus moved to Roscommon straight away.

The Rossies were well beaten last Saturday, but they will have big support in the Hyde this week, and they won’t fear us.

It’s always been a tough venue for Donegal to go, but we just have to go down there and do whatever it takes to get a win.

Tyrone will be coming to MacCumhaill Park on the August Bank Holiday, and it will be a real humdinger if we are still in contention.

There is still plenty to play for, but we have to perform this Saturday.

The players are all really looking forward to it. They love playing games, and they now have season-defining ones coming every week.

This is what championship football is all about, and they have to be ready come 5pm on Saturday.

The team that really shot the lights out on the opening weekend of the Super 8s were Tyrone, and they were really, really impressive against Roscommon.

Mickey Harte’s team put up a huge score of 4-24 and look to be gaining momentum all the time.

They got a bit of a fright in their first qualifier against Meath, but haven’t looked back since then and now have five wins on the trot.

Richie Donnelly has been given an opportunity at full-forward and he has taken it with both hands.

He’s a big man and offers them a different dynamic on the edge of the square.

Tyrone look sharp, and if you take the last 18 months, they’ve only really had two bad results.

It didn’t happen for them against Dublin last year and Monaghan beat them earlier this season, on a day when Colm Cavanagh had to go off early.

They are one of the most consistent teams in the country, and they will fancy their chances of rattling Dublin in Healy Park this Saturday.

It will be hot and heavy and hostile, and the Dubs will have none of the luxuries they enjoy in Croke Park.

It will be a massive game, and the real Super 8s are probably starting this week.

The most disappointing game last weekend was Kerry and Galway, and both teams were well below par.

The conditions were poor, but the standard was still not what you would expect, and some of the shooting and decision-making left a lot to be desired.

Galway came good in the second half, and they have some quality players.

Ian Burke is a handful inside, and a lot of defenders are struggling to hold Shane Walsh these days.

Kerry were very flat, and Eamonn Fitzmaurice is under a lot of pressure as they prepare for a trip to Clones this week to take on Monaghan.

The Farney county have gathered momentum through the back door, and their experience helped them over the line against Kildare last week.

Monaghan have always been able to cause Kerry problems, and they turned them over in the league earlier this year.

I’m sure Malachy O’Rourke will be planning an ambush, and it will be interesting to see how Kerry respond. 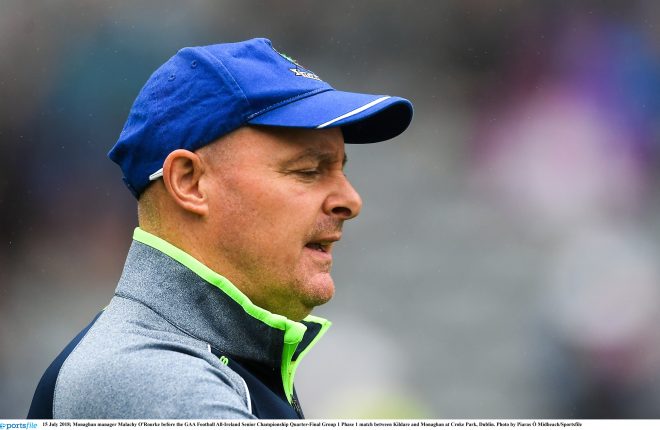 After a couple of exciting weeks, Kildare will be kicking themselves with that loss to Monaghan, and they just didn’t have the belief in the closing stages.

Newbridge has been a happy hunting ground for Kildare recently, and they will hope to stay in the mix by beating Galway this week.

We will know more after the Round 2 fixtures, and hopefully the Super 8s will come alive this weekend.