Advertisement
HomeBreaking NewsIt was built..and they came to Downings in huge numbers
Advertisement 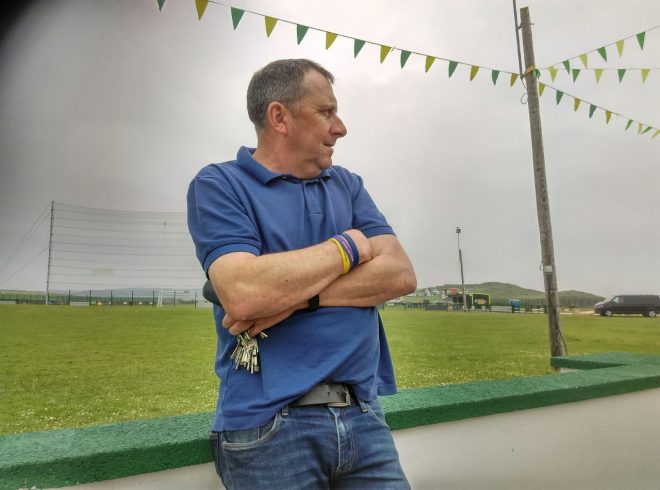 Build it and they’ll come.
It’s the evening after the bank holiday weekend before. The sunshine which baked the venue for the Comórtas Peile na Gaeltachta festival during the previous three days is taking time out behind the clouds. The still water of Downings Bay stretching across to Ards and Portnablagh, with the magnificent Muckish Mountain soaring above and beyond, combine to provide a most spectacular backdrop. It really is picturesque personified.

The revs of a forklift transporting the last steel poles of the now dismantled marquee, where thousands were fed and watered, to the packed-up articulated lorry break the silence of a tranquil Tuesday in the popular seaside town.

After a stroll from the clubhouse, Paddy McBride, who took on the position of PRO for the big gig, ambles into the newly constructed stand at the half-way line and takes a seat in the back corner.

“This is actually my first time in here,” he says as he looks across at the array of fluttering flags on the far side.

“This time two weeks ago there was nothing here, apart from a concrete base. The finishing touches to the stand were only being made when the team buses were landing – that’s how close we were to having everything finished before the deadline.”

“It was an unbelievably good weekend. We depended so much on the weather for it to be a good weekend,” he adds.
Downings GAA Club went looking to host Comórtas Peile na Gaeltachta in 2012 and a year later, they were successful in their bid. That gave them four years to bring their ground and facilities up to the necessary standard.

“We had to go to Galway for the national agm held in February. We had to canvass. We had the politicians backing us. We made our play and managed to earn the right to host the national gaeltacht finals.”

Securing two playing pitches was the main priority in 2014.
“At that time we didn’t have a second pitch, so we bought the piece of ground further up. The new pitch was the main pitch, but we moved our games to the newly bought area and developed the original pitch. Obviously we had to fence the place off and that cost us a fortune. For the two pitches it cost us around €90,000 euro.”

A stand was also included in the overall plan, but Paddy didn’t think permission would be given for the structure.

“That’s because of the way things were – there were people who were objecting. The fence was objected to from the road up, and there was a piece across the back objected to by An Taisce. But thankfully it worked out in the end,” he comments.

With the help of Paul Travers, the head green keeper at Frank Casey owned Rosapenna Hotel and Golf Resort, the new playing surface got the best of care and attention. But then it was over – just like that. We had a serious crowd of voluntary workers here. It was a huge commitment, but it was it worth it all.”

Paddy says the feedback from other clubs, both local and travelling, was extremely positive.

“We got so many compliments about what we managed to achieve and that’s nice to hear. We even got them from men who hate the Downings jersey. There were so many who were massively impressed about what was on offer here,” he declares.

With the sunshine serving to show off Downings in its fullest splendour, the host club’s ability to pull off a superb double, with the men and ladies winning their respective finals, was the stuff of dreams. It has to be the club’s finest hour.

“Our ladies won their championship and for the men to win the junior title was unbelievable. That we beat Fanad made it even better because they hockeyed us in the Donegal gaeltacht final. But I knew our boys were way below par that day. In fairness to them they played well yesterday.”

Paddy has been involved with Downings since 1977. On the pitch, he lined out in every position, apart from goalkeeper. On the other side of the white line, he has served in almost every officer board role, with the the exception of treasurer.

The efforts of the executive will now switch to the clubhouse, which is in need of a new roof and an extensive overhaul.

“It’s been there since 1986 and is a bit outdated. A new kitchen needs to go in and the bingo room also needs extended,” he explains.

Leaving a lasting and valuable legacy for the next generation is what has driven on die-hards like Paddy McBride in recent years.

“This place can now probably accommodate county championship matches at some level, junior, intermediate or senior. But Donegal teams would have used our pitch to train on over the last three or four years. Jim McGuinness was here, Rory Gallagher was here, the minor teams, the under-20s and the ladies teams were all here because it’s playable all year round.”

With a well-tuned underage structure in place at the club, Paddy is hopeful that more success awaits at various grades. Like the rest of the organising committee, he is tired in mind and weary in body, yet happy and proud at heart.

As Paddy heads back to the carpark, two local teenage boys strut onto the new field of dreams with a pep in their step and a bag of balls to ping.

The decision to build it proved correct. They certainly came, and did so in their thousands over an unforgettable weekend. 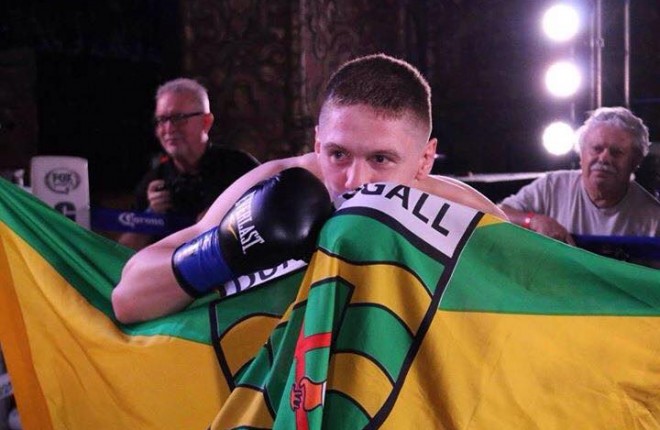 Jason Quigley makes it nine from nine in the paid ranks

BALLYBOFEY boxer Jason Quigley went the distance for the first time in his young professional career overnight at the...