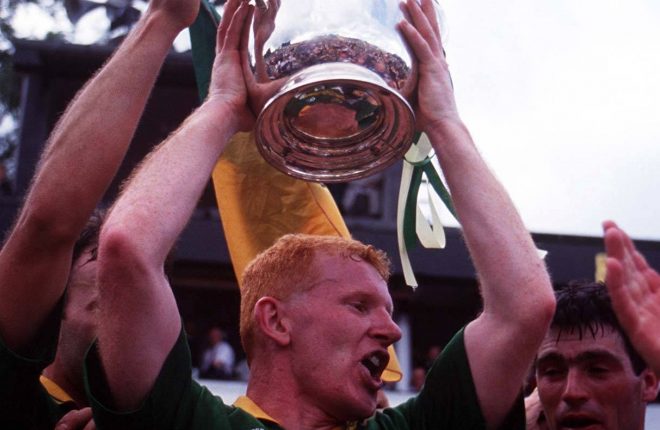 There is just something special about Ulster Final day.

Every county wants to be in Clones when the Anglo Celt Cup is handed out.

I have gone to finals as a spectator, played in a few, and also managed in an Ulster decider, and I’m delighted that we’re going back on Sunday with Donegal to take on Fermanagh.

There’s talk that if Casement Park is ever revamped, that the provincial final will be moved to Belfast.

That would be a travesty as Clones has so much history and tradition, and there is something truly unique about a quaint wee rural town being home to 30,000 people for a couple of hours.

It can be a nightmare to park in, but that kind of adds to the whole occasion as do the rocky back roads over the mountains.

You’ll see cars abandoned in ditches, and men throwing fivers away just to get parked in some random field.

There will be families drinking tea and eating sandwiches from the boot of the car before making the trek to the ground.

Space will be limited on the Hill, and there will be plenty of jostling for a bit of room on the barrier.

The marching band will bring the teams around the ground, and then after the national anthem, there will be around 10 seconds to take a deep breath and get ready for battle.

In 1998, I was managing the county when Joe Brolly’s late goal robbed us of glory.

Four years ago, we had better luck in the Ulster Minor Final when we saw off Armagh,

There is a great sense of achievement when you win in Clones on Ulster Final Day, but you don’t want to even contemplate going to the losing dressing room.

It’s four years since we last won the Ulster Senior title and we would love to get our hands on the Anglo Celt again this weekend.

We’re coming up against a well-drilled Fermanagh team, and they have been very effective this season when deploying a defensive system.

It’s going to be a huge challenge and we are going to have to produce a big performance if we are to win. 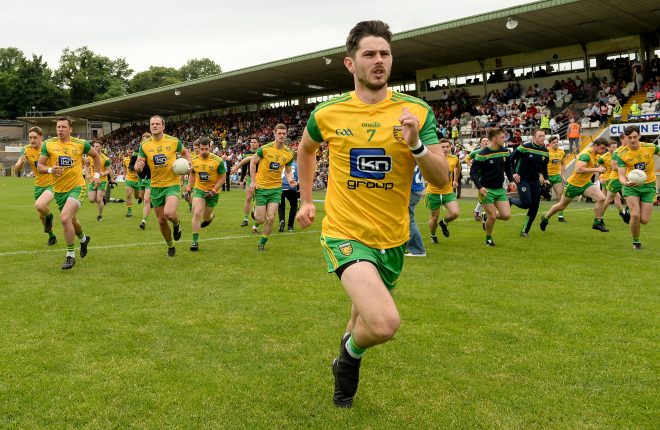 10 June 2018; Ryan McHugh of Donegal lading the players on to the pitch before the Ulster GAA Football Senior Championship Semi-Final match between Donegal and Down at St Tiernach’s Park in Clones, Monaghan. Photo by Oliver McVeigh/Sportsfile

Fermanagh are going to be gunning for it, and we will have to match them for workrate, and better them.

The weather forecast is good, so Clones is going to be at boiling point, and cool heads will be needed.

We have had great support this year and we will need it once again on Sunday because Fermanagh will bring huge numbers.

They are on the crest of a wave and believe that they are going to win an historic first title.

There will be no shortage of green and white on show, and I’d like to appeal to Donegal supporters to come in their numbers and wear their colours.

Please give the team your backing, as they have worked very hard to get to this stage, and that shout of encouragement could make a difference.

These lads are proud to pull on the Donegal jersey and they will give it their all.