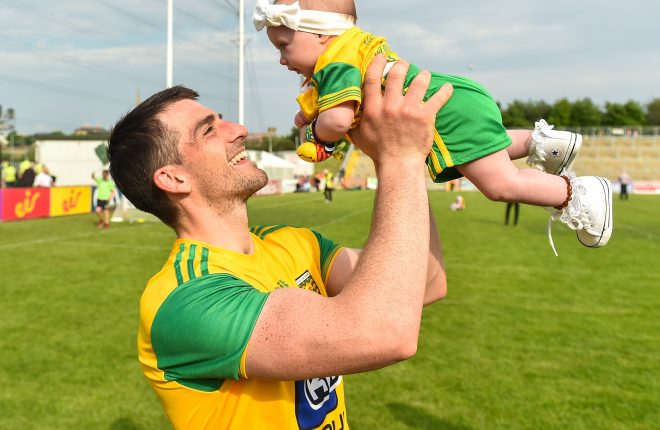 27 May 2018; Paddy McGrath of Donegal and his 3 month old daughter, Isla Rose, after the Ulster GAA Football Senior Championship Quarter-Final match between Derry and Donegal at Celtic Park in Derry. Photo by Oliver McVeigh/Sportsfile

PADDY McGrath beamed with delight in the Derry sunshine on Sunday evening as he basked in the aftermath of Donegal’s victory.

McGrath was joined on the pitch by his wide, Stephanie and his new three-and-a-half month old baby, Isla Rose.

It’s not easy juggling fatherhood with an intercounty career, but things are going well for McGrath at the moment.

“It has changed things, but I wouldn’t change a thing now,” said the 2012 All-Ireland winner.

McGrath was pleased to get in on Sunday for his first taste of championship action this season.

It wasn’t a perfect performance against Derry, but Donegal still kicked an impressive tally of 2-16 to run out comfortable winners.

He said: “There’s always room for improvement and to get more scores but yeah thankfully the scores are coming.

“I suppose we are conceding as well, but it’s probably more of an open style of play.

“It’s good and I think everyone who came to watch today got a good enough game.” 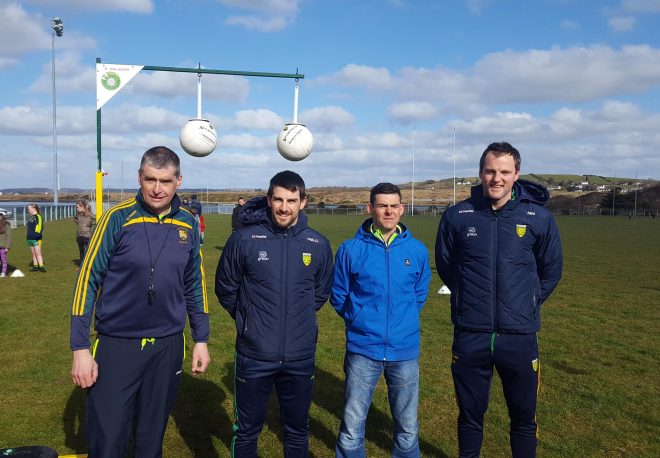 The idea for ‘High Achievers’ came to Patrick and Gerard while they were watching a Donegal game on television...