Dylan Browne McMonagle and Athea Jade cooling down on Tuesday evening in Rathmullan. 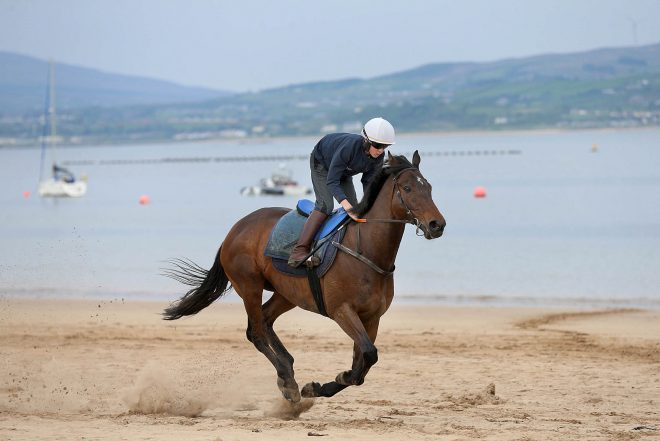 Dylan and mount Athea Jade kicking up the sand on Tuesday evening.