All roads lead to Celtic Park this Sunday as the county gets ready for two massive championship encounters.

Gary McDaid’s Under 20 team get the action underway with a match against Cavan.

Then at 4pm, it will be the turn of the seniors and we have a huge North West derby with Derry to get ready for.

We have had some great battles with Derry down through the years, and you never got anything easy against them. 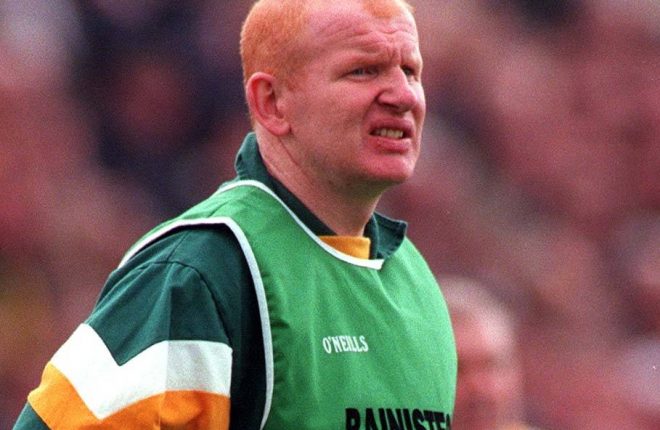 I remember back to my own playing days when Tony Scullion used to be keeping a close eye on me, and it wasn’t easy getting much space to work with.

I’d imagine it will be the same this week in Celtic Park, and Derry will be throwing everything they have at us.

We know they had a poor league, but that won’t matter on Sunday – there will be a completely different feel to their team with the Slaughtneil boys back.

We suffered relegation in the league and it didn’t impact on our championship preparations, and Derry will be in the same boat.

It’s been a lovely fortnight since the Cavan match and we have got a lot of work done.

We had six weeks to get ready for Cavan, but we only have 14 days to prepare for Derry, so there hasn’t been much time to waste.

I’d be hoping to see a big Donegal following in at Celtic Park and I think we will need it.

If Derry get on a roll, and get the crowd behind them, then they will be a very dangerous proposition. 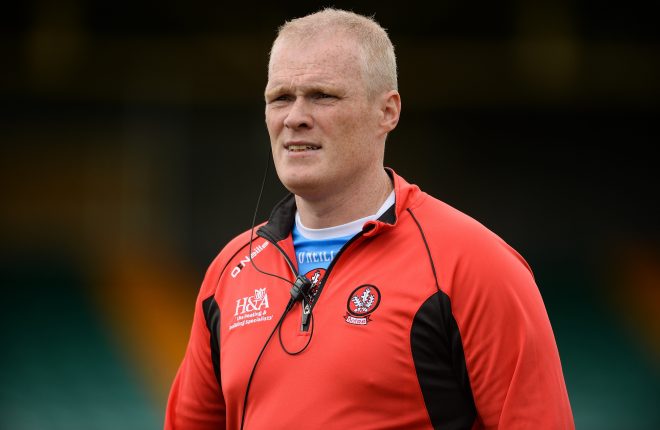 There is no doubt that they produce a quality footballer. We have seen that at club level down through the years, with Ballinderry, Dungiven, Bellaghy, and Slaughtneil all making inroads in the Ulster Club Championship.

We have to be ready for whatever they throw at us, but I do feel we are in a good place heading into the weekend’s game.

The sun has been high in the sky all week, and there will be a real championship feel to it when we take to the field on Sunday.

The Under 20s are out against Cavan in the Preliminary Round, and this is a big game for Gary McDaid’s team.

I know the panel have put in a lot of work to get ready, and hopefully they will perform on the day.

It’s knock-out football, and if they’re not at it, then their season will be over before it even really starts.

I’m told Cavan are a useful side, and they reached the All-Ireland Minor semi-final last year, so they will have decent players.

Donegal will have to perform, but I’m hoping we will will come out of Celtic Park with two victories on Sunday.

I’m hoping that there will be a big contingent of Donegal supporters in at Celtic Park on Sunday, but there’s no doubt that the attendances have been poor so far in the Ulster Championship.

There were nine-and-a-half thousand at our match with Cavan in the Preliminary Round, and that was more than two thousand less than was at the Mayo league game.

There may be a few different reasons for that, but the price of tickets must be right up there.

A pre-booked terrace ticket will cost you €18, and the price is €20 on the gate.
I’m sure there are plenty of people out there who maybe aren’t the biggest of GAA fans, but would enjoy the day out, and decide on the morning of a match to go to it.

But if they are going to have to pay €35 each then they are definitely going to think again.

The prices are simply too expensive, and we are going to price families out of going to matches.

If you take a couple, who have say three or four children, they’re going to be out a fortune, when you throw in food and travelling costs.

Under 16s are being charged €5 to get into the terrace, which is ludicrous. We want young people going to the games to try and get them involved in the GAA.

Families will just decide to head off to the beach instead – that certainly won’t do as much damage to the wallet.

Perhaps the situation wasn’t as bad in previous years when you might have had three or four weeks in between matches.

But there are only two weeks separating rounds now, and people haven’t the time to save the money they need.

It’s having a big effect on Ulster games. There were 15,000 at the Tyrone-Monaghan game last week but considering that it wasn’t televised, and it was the meeting of two of the top five teams in the country, you would expect it to be a sell-out and it wasn’t.

There’s no doubt that people are voting with their feet, and they just feel it’s too expensive.

The Ulster Council’s thinking is that tickets are dearer in the other provinces, but so what?

They need to start looking after their own because we want people to be going to our games.