Advertisement
HomeEntertainmentArcanadh tuning up for return to An Grianan Theatre
Advertisement 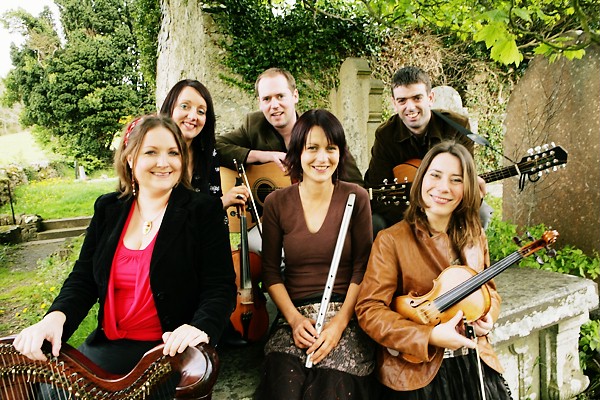 Folk group Arcanadh who will be centre stage at An Grianan this Friday evening.

FOLK band Arcanadh return to Letterkenny this Friday night following a string of rave reviews about their latest work.

Arcanadh have performed worldwide at prestigious venues and festivals in countries such as Germany, Taiwan, Kuwait, the United States to name but a few. They have picked up several accolades along the way including Best Newcomers at the Irish Music Awards.
In spite of being from all over Ireland, the band members always feel like gigs in An Grianan are their ‘home’ gigs. This stands to reason as for several years four of the six members were Letterkenny-based and three still are. And, of course, their Sound Engineer, Hughie Boyle, is a proud Donegal man too. Their largest and most loyal following is Donegal-based, with large groups travelling from all parts of the county to catch a gig.
The reviews they have attracted of late include: “An energy that is both inspiring and bewildering” – Irish Music Magazine
“Turning of a Day is a sparkling album full of choral sounding vocals liberally sprinkled with tremendous musicianship” –  Pete Fyfe, Folk and Roots
“Drowning in vocal talent and spoilt for instrumental choice. Pristine production, faultless musicianship”  – Siobhan Long, Irish Times
It has been three years since Arcanadh played in An Grianan and you can catch them there this Friday evening. Tickets are €18 or €15 concessionary and the show starts at 8pm. Check out www.angrianan.com for more information.
SHARE