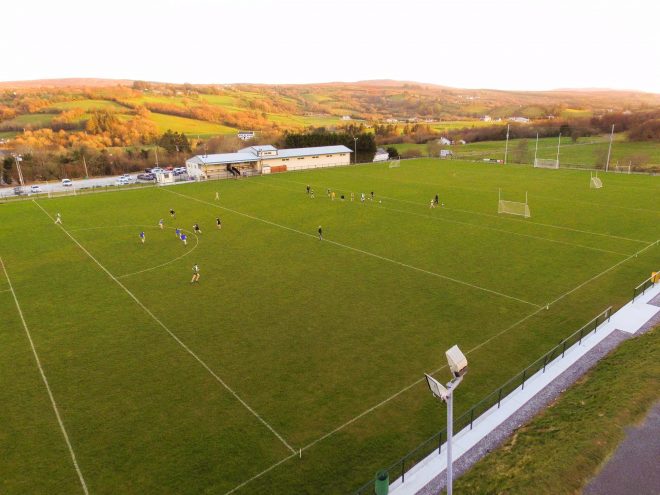 AFFECTIONATELY known as the wee club with the big heart, Glenswilly GAA Club is in danger of losing its small club tag.
Located less than five miles outside Letterkenny, the club, which was formed in 1982, has reached capacity at its current location – Pairc Naomh Columba.
With 46 children involved in the club’s Under-six nursery and fielding 19 teams at juvenile and adult level in mens and ladies Gaelic football, the pressure on pitch facilities is unsustainable.
This has led to the decision to search for a suitable site to develop further playing facilities in the Glenswilly area. To help fund the development, Glenswilly are launching a draw called Club 250 on Monday next.
“We’re looking to secure the long-term future for Glenswilly GAA Club and its future members for generations to come,” Club Chairman Eddie Crawford said.
“It just goes to highlight how popular the Glenswilly club is. We are growing each year. We have been looking into the infrastructure at the club, mainly the pitches, and we just didn’t feel they were adequate enough to cater for the numbers joining the club each year,” he added.
“We need another pitch as we’re no longer the wee club between the Glens. We’ve two All-Stars (Michael Murphy and Neil Gallagher) and maybe we should blame them for enticing more people to move into the parish.
“On a more serious note though there are a lot more people looking to move out of town (Letterkenny) and a fair few of them are coming in our direction.
“It’s causing a few headaches but they’re nice headaches. A lot of other rural clubs across the county are struggling for numbers whereas we’re struggling to handle the huge numbers we currently have,” Mr Crawford said.
Donegal Intermediate Football Champions as recently as 2005, Glenswilly have since gone on to win three senior titles (2011, ‘13 and ‘16).
“We were a Division Four club fifteen years ago and we don’t want to get complacent. It’s important that we continue to move forward – to progress as a club,” he said.
The chairman is calling on all club supporters, home and away, to get involved in the new development draw called Club 250.
“This fund is to continue the development of facilities at our headquarters at our main pitch and a new training pitch. The addition of a second pitch is much needed given the growth of games in our club area with ladies football building positively as well as the extensive programme of under-age boys and girls and adult men.
“The plan is to continually build our facilities in an incremental way to allow us to grow our games, therefore the support of all our loyal club followers who contribute to our lotto sales, bingo, sponsorships and Club 250 is vital to allow CLG Gleann tSúilí to grow,” Mr Crawford said.
The Club 250, which provides fifty per-cent of the funds raised in prize money, will see a series of 12 draws over 12 months. The total cost of the draw is €240 with an annual prize fund of €30,000 or €2,500 per month. The draw, which will be starting in July 2018, will run to June 2019.
If you would like to subscribe to Club 250 or wish to obtain any further information relating to same, please contact any of the following Club Finance Committee members: Eddie Crawford 086 8167305, Naoise Enright 086 3838689, Paul Gallagher 086 2054301, Pauric Bonner 086 6628245, Declan Doherty 086 6058989, Aisling McDaid 086 1612681 or any club member. 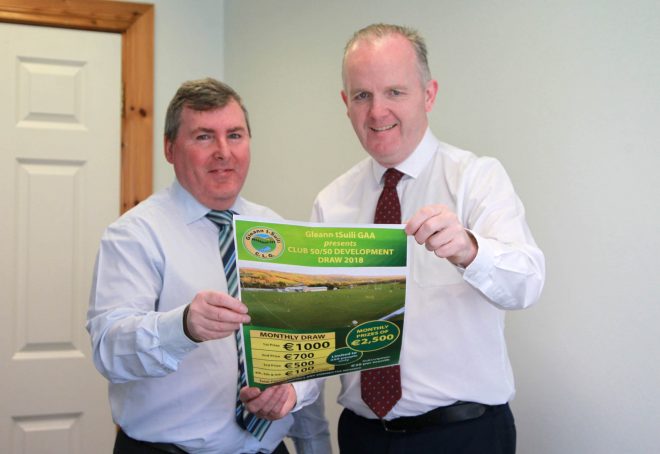