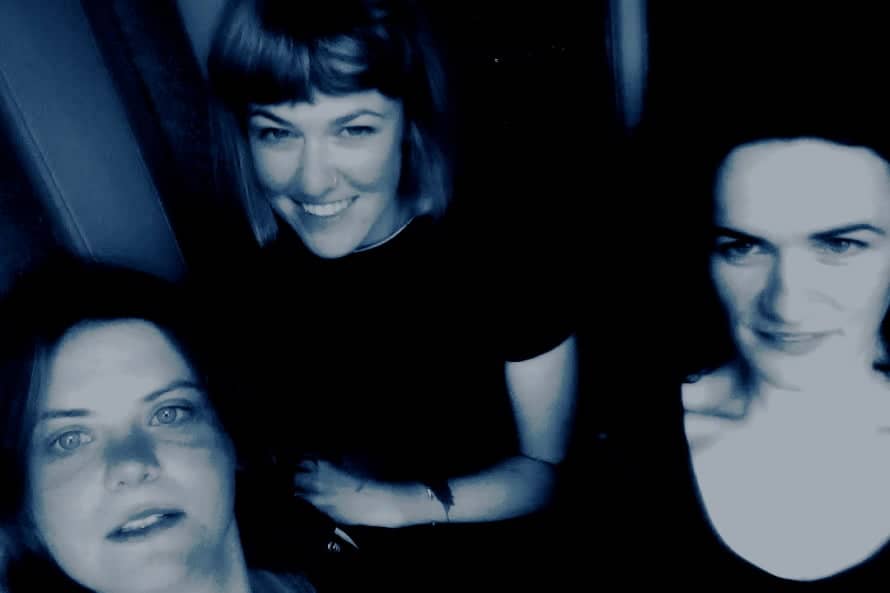 Crevice who will appear next Friday in Letterkenny’s RCC as part of the Distorted Perspectives festival.

DONEGAL’S alternative music and art festival Distorted Perspectives presents Cork trio Crevice who will perform in the RCC Gallery on Friday, May 4.

Crevice is a collaboration between three well-established musicians.

Irene Buckley is one half of Wry Myrrh and has composed for theatre and film, Elaine Howley is a member of The Altered Hours and Morning Veils, and Roslyn Steer also plays in the latter, performs solo, and co-runs the KantCope label.

Having just visited Letterkenny with her other band The Altered Hours a few weeks ago, Elaine Howley is looking forward returning to the RCC Gallery.

“We’ve done a couple of shows with Distorted Perspectives now and love going up to Donegal. The RCC is a real gem of a venue and it’s great to see homegrown acts being supported.”

Elaine said while all three artists got to know each other through the wider Cork City music scene, she has also played with Roslyn in the group Morning Veils for a long time.

“There is a really healthy improv scene in Cork. Our fellow musician Dan Walsh (Cork Improvised Music Club) has encouraged a lot of people to dive in and see what happens.

“Working with different styles gives you different opportunities to express yourself and use various instruments. I recently got an omnichord which set up a lot of sounds and songs for Crevice.”

Crevice have come a long way from playing their first gig together, playing a house concert in Roslyn’s home two years ago and they go from strength-to-strength with a number of gigs already lined up for the rest of the year.

‘In Heart’, their first release, recorded on a farm in Limerick and produced by Elaine’s partner Cathal Mac Gabhann, uses layers of vocals, synths and electronics to craft a rich, wide-ranging sound with elements of pop and darkwave in an immersive ambience. The result achieves a timelessness, music at once hazily dreamlike and emotionally direct.

This is the second gig since the album was released and the furthest they have been from Cork. “It’s also the first time we will have visuals as part of the gig provided by Carolyn Collier who also made the video for our song Anita’s Altar.”

If you have held on to your cassette decks, you will be excited to hear the Crevice also released their debut album on tape thanks to the Dublin/Cork cassette label Fort Evil Fruit.

Tickets for Distorted Perspectives Crevice in the RCC Gallery are limited so be sure to avoid disappointment and book early.