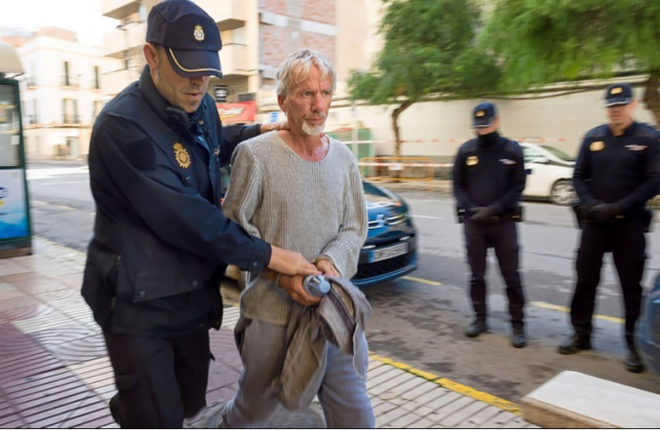 WELL known Letterkenny man Michael (Mickey) Murray has appeared in court in Ibiza charged with alleged physical and sexual abuse.
Mr Murray, who has previously written a book on spiritual enlightenment, was arrested on suspicion of sexually assaulting his partner who was allegedly held against her will for three days.
The 54-year old was arrested after his alleged victim tried to take her own life using a knife at a shop in Ibiza Town at approximately 7pm last Monday.
The 47-year-old woman is in intensive care at the Can Misses Hospital.
A Spanish Police spokesperson said: “National Police have arrested a 54-year-old man for domestic violence after allegedly having subjected his partner to physical and sexual abuse over three days. His 47-year-old partner, after allegedly being held against her will during those three days and suffering several episodes of violence, was able to escape and on Monday took refuge inside a shop near their home.”
Mr Murray, a former student of St Eunan’s College, was remanded in custody and will appear before a future sitting of the court.