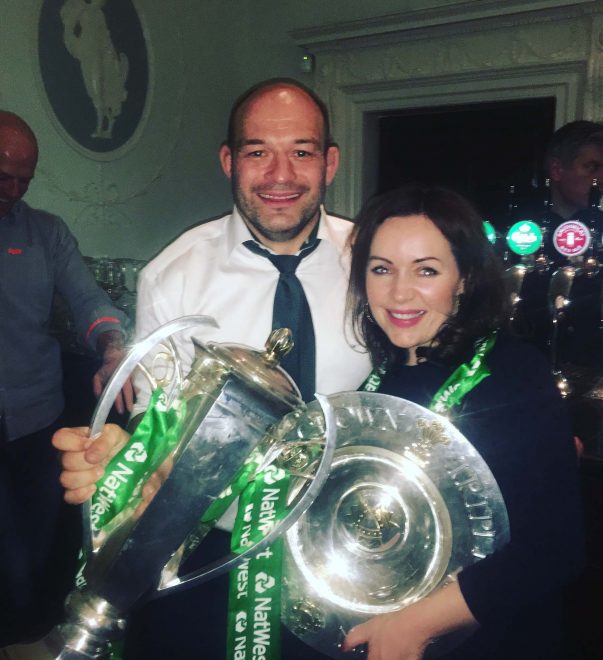 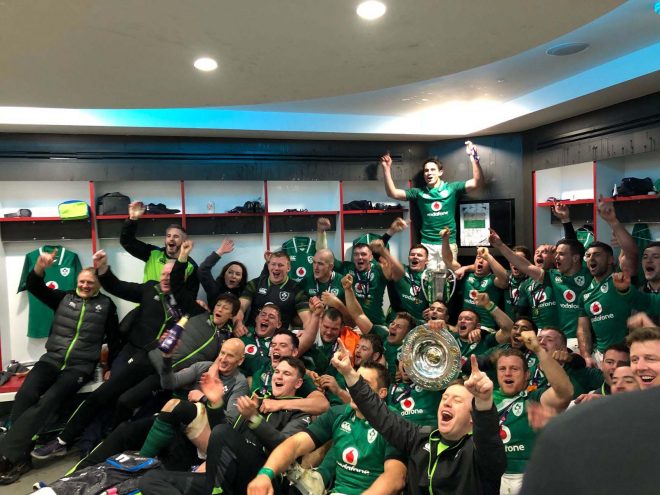 Ardara woman Sinead Bennett (back 4th from left) celebrates with the Ireland Rugby Squad after winning the 6 Nations Grand Slam on Saturday in Twickenham.