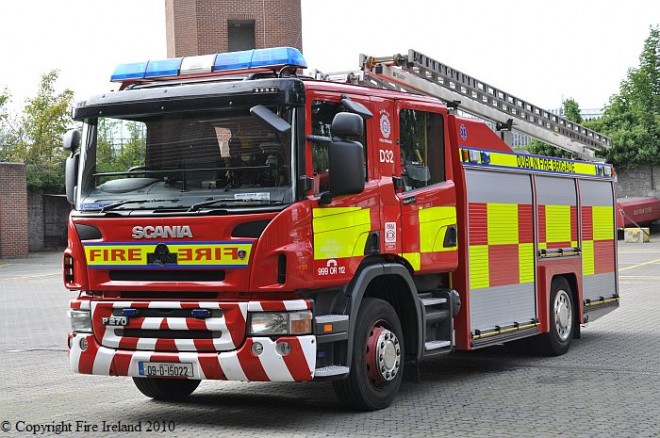 A UNIT of the Donegal Fire Service was called to a house close to Raphoe this morning after an explosion occurred injuring one of the occupants.
According to Acting Chief Fire Officer Joe McTaggart the fire brigade from Stranorlar and one from Strabane were alerted to the incident around 8.55 am. The house was in the townland of Gortaquigley on the outskirts of the town.
A male occupant of the house, believed to be in his 60s, had suffered burns. He was treated at the scene by paramedics before being taken to hospital.
Mr McTaggart told the Donegal News that while there was no fire in the semi-detached, two-story house, there had been an explosion. The house had two occupants. It is believed the female occupant was treated for shock at the scene.
“We cannot say for definite what caused the explosion but there was quite a bit of damage to the property,” he added.
The fire crews left the scene at 10 am.