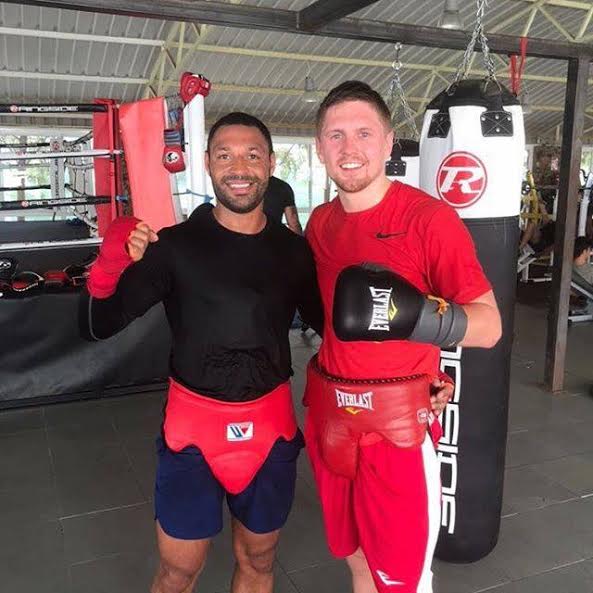 After a year out of action due to a hand injury, NABF middleweight champion Quigley will return to action on Easter Saturday night at the Marina Bay Sportsplex, Quincy, Massachusetts.
The fight, against a yet-to-be-confirmed opponent, will see Quigley play a lead role on a Golden Boy Promotions card in front of an expected huge Irish crowd.
“I’m just buzzing to get back in there. I’m back at it with a full vengeance,” Quigley – now ranked seventh in the WBC World middleweight rankings – said.
“It’s exciting times for me and for my supporters. I’m excited for them because I know what they will see. I have been like a caged lion since March. I cannot wait to be let out.
“This is the year for me. 2018 will be a big year. I’m in all the world rankings and this year is for me to state my name and state my authority. I mean business and I’m ready to make serious waves in 2018.”
Quigley has not fought since last March, when he damaged his right hand on the way to defeating Glen Tapia at Fantasy Springs, where he managed eight rounds one handed to land his first pro title, the NABF middleweight belt.
The unbeaten Irish middleweight (13-0, 10KOs) said: “The year out showed me how sports people can have a short career. You don’t think about stuff like that until something happens to you. The length of time off made me realise a lot, not even inside, but outside of the ring. It made me look at life a different way.
“This is what all the recovery, all the surgery and all the rehab has been for – to get me back. I can’t even describe how excited and eager to get in there again.
“I will be in there on a mission. It doesn’t matter who would be in there, he’d be in for a hell of a night.”
In October 2014, Quigley KO’d Greg McCoy at the Memorial Hall in Plymouth, moving to 3-0 with a first round stoppage after just 2 minutes and 38 seconds.
Quigley is aiming to put on a show for the huge ex-Pat community in Boston again.
Quigley said: “I want the people in Boston to know that I will put on a performance. I love Boston and having the Irish fans will make this more special.
“Everything is coming together now. I have so much to show and so much to put out there for everyone. I want to put on a massive show and just light up Boston.”
During his time out of the ring in 2017, Quigley relocated to Sheffield and is now training under Dominic Ingle.
Just back from a training camp in Fuerteventura, the Donegal man said: “Dominic is a great trainer. We have a great team out here.
“It’s not your typical professional boxing set-up. We travel together, we go everywhere together. We have the craic and we look out for each other. I couldn’t be happier here.”
The road back has not been straightforward, but Quigley – who is still under the Golden Boy Promotions banner and being managed by Sheer Sports Management – has paid tribute to his team.
He said: “Golden Boy Promotions and Sheer Sports Management gave me the time I needed to recover and haven’t rushed me back into fights. They made sure I was 110 per cent before they allowed me back. They have other fighters, they could have moved on and left me on the shelf. But there was always a focus and they made sure I was always aiming towards something.
“We hit a few hurdles along the way. I was supposed to be on the (Miguel) Cotto show at Madison Square Garden, but it didn’t happen. My team kept telling me that I had loads of time, they backed me 100 per cent and that my time would come.”