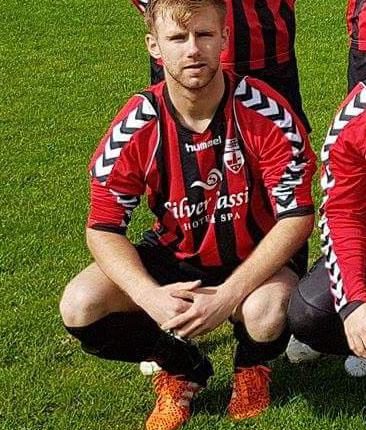 If you were throwing a party and you could invite anyone in the world, dead or alive, who would you ask around? It would have to be Seamy ‘Coshia’. I’ve never partied with him but heard he likes a party every now and then.

Where do you like to go out to celebrate after a big victory? Wherever the rest of the team are going, really no preference.

What’s the worst pitch you’ve ever played on? Worst pitch has to be one that Ballyraine used at underage in the middle of that estate, it was like a swamp!

Which character in any film are you most like? Not big into movies, but if I had to choose I would say Kevin Hart in Central Intelligence or something like that.

Any odd items in your kit bag? Nothing out of the ordinary.

Who’s the biggest joker in the team you play for? Biggest joker for me is Tosh (Oisin McMenamin) although there’s a couple you have to keep an eye out for.

Which team mate has the best looking other half? Not sure just yet as I’m still getting to know a few faces but I know some of the boys have a few sisters that aren’t bad!

Who spends most time in front of the mirror in the dressing room? Tosh McMenamin for sure, before the game, half-time and full-time, it’s the first place he goes, and he has to be dragged away from it, and Davitt Walsh isn’t far behind him.

Who’s the best/worst person to sit beside on the team bus? Best is Darragh Black and the worst is Tony McNamee because he’s known for letting off a few stinkbombs.

Who has the best and who has the worst diet on the team, and what does it include? Not too sure on the best but the worst is definitely Darragh Black or Tony McNamee. Both never leave the takeaways and are fond of a few sweets.

Toughest opponent you have faced? Charly Musonda Jr plays for Chelsea, gave me the runaround a few years ago.

Best or worst quote you’ve heard, either from a manager, player, opponent? I’ve heard some good ones but I don’t think you could print them in the paper!

Best manager you’ve ever played under? Steve Cooper when I was at Liverpool.

Best ever performance? Best one locally would have to be the Knockalla Cup final for Swilly against rivals Letterkenny Rovers a few years back, everything I touched that day worked out.

One to forget? Definitely the league cup final for Swilly against Cockhill when we lost 1-0 to a late goal.

Sporting ambition? Play at the highest level I can and hopefully win a few medals along the way.

When you were playing in the back garden, who did you pretend to be? Steven Gerrard.

If you were in charge of transfers, who’d be in and who’d be out of the team? No complaints as of yet, so I’d stay away from the transfer window for another while.