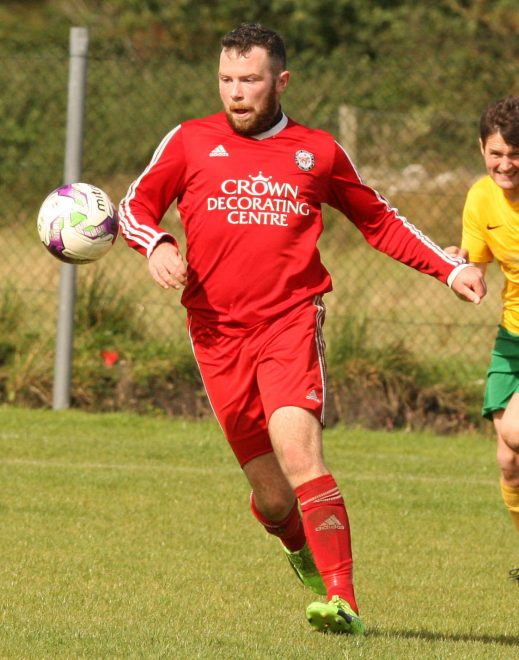 TWO Donegal League clubs are this week preparing to compete in the last thirty-two of this season’s Aviva sponsored FAI Junior Cup.
Premier Division sides Cappry Rovers and Castlefin Celtic will proudly fly the flag for the county in the sixth round of the prestigious competition today, Saturday.
Cappry Rovers, who beat Ballymum 2-1 in Dublin before Christmas, face Wexford side Moyne Rangers in the round of 32 at Cappry Park, kick off 1.30pm.
Meanwhile, Castlefin Celtic’s reward for beating Cork side Carrigaline United 2-0 last time out is a visit to Kilkenny side Evergreen. That game, which is against last year’s Junior Cup finalists, kicks off under lights at Evergreen’s 4G facilities at 7pm.
One of the largest national amateur cup competitions in Europe, over 650 clubs entered this season’s Aviva sponsored FAI Junior Cup. The competition also serves a qualifier for the senior FAI Cup for the four semi-finalists.
Reaching the last thirty-two of the FAI Junior Cup is new territory for Cappry and Castlefin and both managers were looking forward to the challenge when they spoke to the Donegal News earlier this week.

Cappry Rovers
Team manager Seamus Doherty is looking forward to pitting his wits against Enniscorthy club Moyne Rangers. With a full panel of players at his disposal, he believes that his team are a match for most clubs although he wary about their lack of match fitness.
“We haven’t played since the last round of the competition which was a few weeks before Christmas. That said, we’re fixed okay and there will be no excuses this weekend,” he said.
He is joined on the sidelines by former Finn Harps winger Sean ‘Wizard’ McGowan and together the pair have put together a strong physical and skilful pool of players.
“This is the first year that we’ve reached the latter stages of so many cups. We’re also in the quarter final of the Ulster Junior Cup, a game which will be played at the end of the month, so we’re falling behind in the league,” the manager said.
A quick glance at the league table shows that Cappry have only played five games to date, winning four, and while they’re still well placed to mount a title challenge the manager says they will be more than content with a top four finish.
“We’re coming into the GAA season which is a time when we usually start to lose a few players. It would be great to have a team of soccer men but that’s not the way is works around here so we’re happy enough to keep clear of relegation trouble,” he explained.
The Cappry boss believes the prospect of securing a place in the last 16 draw of this year’s FAI Junior Cup will be enough to drive his men forward this weekend.
“Absolutely. When we’ve everyone available to us we’re a match for any team. With so many games still to play in the league we’ll probably have to play twice a week to catch up but we’ll worry about that closer to the time,” he said.
None of those games will be played under lights however as pitch improvement works have led to the lights at Cappry Park being removed in recent months.
“The pitch has been made bigger and we’re also hoping to put in a Astroturf pitch so it will be probably be next year before we get the lights back up,” he said.
There is a very good underage structure in place at Cappry and two of those younger players, brothers Eoin and Oisin ‘Farah’ Gallen, are part of the squad this weekend. Other young up and coming players include Conor Doherty, Bradley Walsh and goalkeeper Conor McBride who plays behind the experienced central defensive partnership of the two Darrens, O’Leary and McGowan. Benny McLaughlin, Calvin Bradley, Gerard Melaugh, Paddy McNulty and Aaron Kelly all bring experience to the team.
“We were all delighted to get to Dublin for a match in the last round but it’s great to get a home match after Christmas and we’ll be hoping to make that advantage count,” he said.
“Wizard has learned a few things about Moyne and he’ll be letting the lads know a bit more about them at training this week. It’s about how we perform on the day though and if we approach the game in the right attitude I think we’ll be okay,” he said. 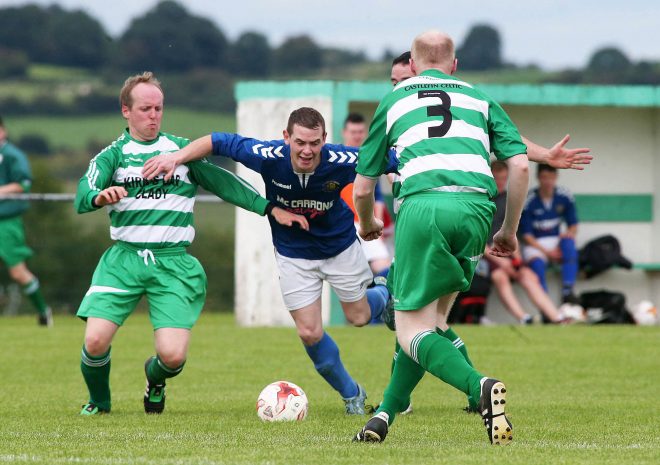 Evergreen FC, who lost out to Sheriff FC in the 2017 FAI Junior Cup Final, will be hoping to go one better this time around but standing in their way is Castlefin Celtic
Manager Kieran Brennan has assembled an excellent squad at Castlefin this season and he insists that they will not be overawed by a strong Evergreen side.
“The match is being played under lights and on a 4G pitch which are two negatives for us but it suits us to play on a Saturday so we’ll have to put up with it. They reached the final last year and have a few Junior International and ex-League of Ireland players in their squad but we’ve some decent players too,” he said.
Castlefin’s scheduled league match against Drumoghill FC was called off last weekend due to a frozen pitch so they go into the tie short of match fitness.
“We trained hard over the Christmas period with three sessions a week but we’ve hard no games and next week we might have the Oscar Traynor match. Even friendly games have fallen by the wayside and we’ve nothing to show for all our training,” he sighed.
One man who is unlikely to make Kilkenny tomorrow evening is club captain Ronan Tourish.
“He’s getting married shortly and has to attend a marriage course in Sligo on Saturday afternoon so I don’t think we can ask him to miss that,” he laughed.
“On a more serious note though, he has been the best player in the club these past two to three years and he’ll be a huge loss to us,” he added.
Another man unavailable is former Finn Harps midfielder Raymond Foy who underwent knee surgery earlier this week although talented teenager Corey Lee Bogan is likely to play before he links up with the Harps U19 squad ahead of the new season.
Brennan will look to players like former captain Emmet White, experienced centre half Peter Bryson and striker JP Malley to lead from the front this weekend while talented young ‘keeper Chris O’Donnell will also have to be on top of his game.
“This is as far as we’ve ever got in the competition and we don’t want to go out just yet. I’ll be disappointed if we don’t give them a decent game. They’re a good side but sure so are we and we’ll see what happens,” he said.
Reaching the last sixteen of the FAI Junior Cup would represent a great achievement for Castlefin but it’s winning the league that remains their number one priority for 2018.
“We still have an eye on the league. We’ve to play Kildrum Tigers (league leaders) twice and that’s the main one for us,” he said. 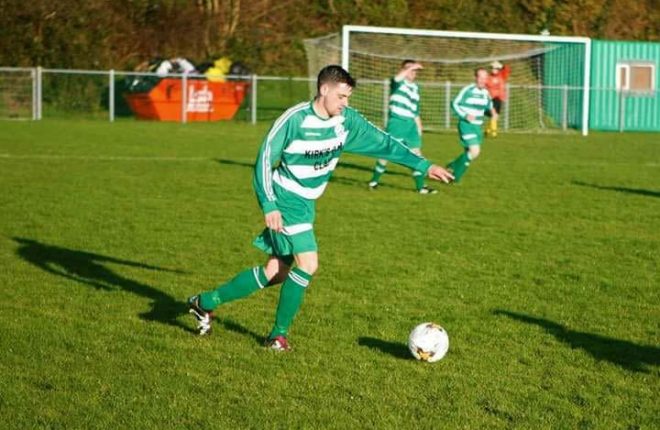 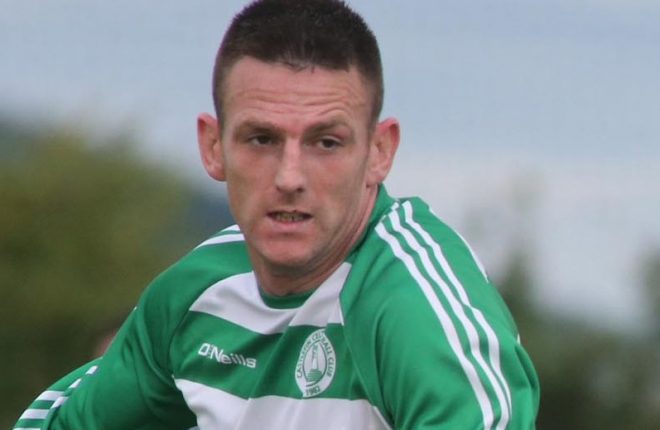