Advertisement
HomeBreaking NewsDonegal traffic corps down by half since 2010
Advertisement 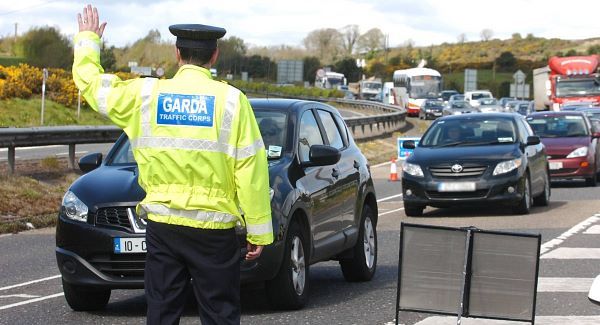 THE number of Gardaí in the traffic corps in Donegal has fallen by over fifty per cent since 2010.
According to figures provided by Justice Minister Charlie Flanagan to Fianna Fáil’s Robert Troy, there were 20 members in the division last year. This compares with a high of 42 in 2010.
It comes less than a month after confirmation that the Bunbeg Traffic Unit was being scrapped. The unit, which covered an area stretching from Fanad to beyond Dungloe, was disbanded as of January 1.
Spokesperson for the Garda Representative Association (GRA) in Donegal, Brendan O’Connor, said that not only was Donegal under-resourced in terms of officer numbers, it was also lagging far behind when it came to the equipment needed to provide a meaningful level of service.
He revealed how officers were having to borrow cars from neighbouring stations to carry out their daily duties. He also revealed how a police vehicle taken off the road a year ago had never been repaired.
“Despite the history of fatal collisions in Donegal, we have seen traffic units around the county reduced in numbers of both personnel and the vehicles at their disposal.”
Brendan O’Connor said that claims by An Garda’s top table that they were making the necessary investments were not backed up by the situation on the ground.
He said officers’ lives were being put at risk by the under-resourcing of gardai in Donegal.
“Despite statements and assertions about recruitment and investment in the Garda fleet, the reality on the ground for the members in Donegal is that things have not improved and in many instances are actually getting worse,” he said.
While Westmeath’s total increased by one since 2011 to 27, the numbers nationally are down by almost a third to around 640.
Resources
In a written answer to Deputy Troy, the Justice Minister says the Government is providing the commissioner with the resources needed to deploy increasing numbers of Gardaí across every division, including roads policing in the coming years.
Charlie Flangan says the commissioner committed in the policing plan for 2017 to increase incrementally the number of personnel dedicated to roads policing by 10 per cent.
A competition to fill vacancies within the traffic corps is said to be ongoing.