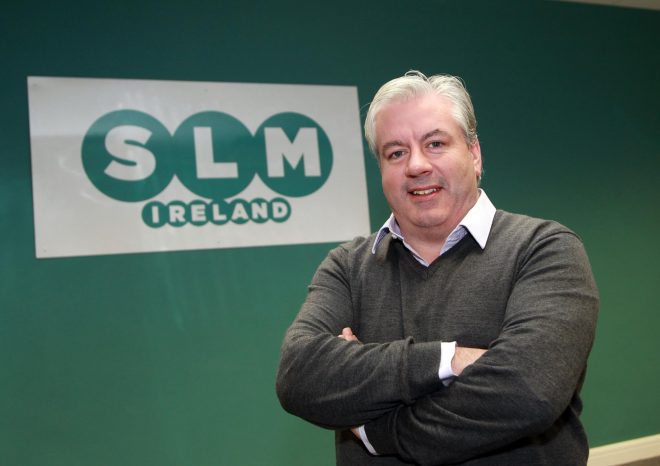 LESS than a quarter of the jobs promised have been delivered to date by a UK Digital Marketing company which opened in Gweedore twelve months ago.
Manchester based SLM Connect announced that it was to expand its operations and establish a new base on the Business Park back in April 2016. The expansion plan, supported by Údarás na Gaeltachta, was expected to lead to the creation of 125 jobs.
However, a spokesman for an tÚdarás confirmed that there are only 32 people employed on site at present – 24 full time and 12 part time.
The company, SLM Éire Teo, offers contact centre and business processing outsourcing solutions to its clients from its new facility.
Mr Páid Ó Neachtain, Public Relations Executive with Údarás, said that SLM Connect has plans to increase and expand their presence from when they set up in Gaoth Dobhair and have had a number of recruitment drives in the recent past.
“There are 32 employed as far as I can gather, 24 full-time and 12 part-time at the moment. They were recruiting again in the very recent past but I am not sure if that campaign is completed or not,” Mr Ó Neachtain said.
The Údarás spokesman confirmed that the company received a six figure grant to start up together with a free, ready-to-use premises.
“Broadly in line with what you have indicated and within the rules governing State Agency support for business in Ireland and the EU, a significant support package to facilitate the phased development of the project, with agreed targets, was approved by the Board of Údarás na Gaeltachta in 2016 and the full investment would cover a three year period from the end of 2016 relative to numbers employed. As employment only commenced in November 2016 no support payments were made in 2016.
“Údarás na Gaeltachta have a broad and diverse range of business premises available to attract enterprise to the Gaeltacht in order to provide employment in Irish language speaking areas. Premises are provided to prospective client companies, like SLM Connect, at competitive rental rates within the guidelines of State Agency support rules.
“SLM Connect certainly have plans to increase and expand their presence from when they set up in Gaoth Dobhair and have had a number of recruitment drives in the recent past,” Mr Ó Neachtain said.
Two years ago, Údarás na Gaeltachta announced that it was to fund a three year enterprise development action plan to support employment creation on the Gaoth Dobhair Business Park.
“Employment on Páirc Ghnó Ghaoth Dobhair has increased significantly in the last number of years following the setting up of the forum which will issue a final report in spring of next year,” he said.
The action plan was set up following significant job losses in Gaoth Dobhair on the closure of Largo Foods.
When contacted yesterday, Thursday, Mr James Moran, manager SLM Éire Teo indicated that he had taken a step back from the company’s Donegal operation.
“I no longer feel the need to be there on a day to day basis. Things have stablised. There’s  about 30 people working in Gaoth Dobhair at present and we’ll be looking to add to that in 2018,” Mr Moran said.