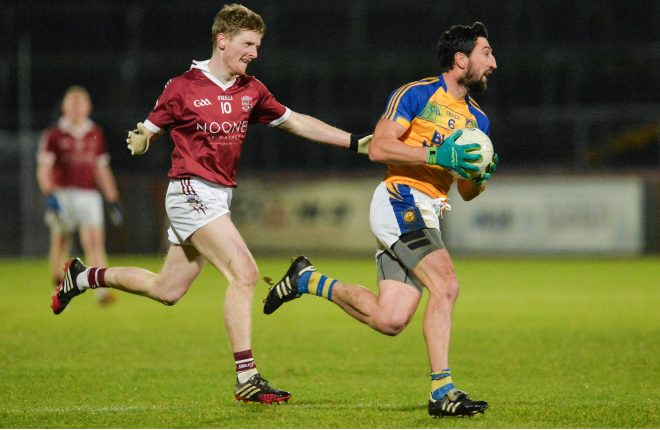 Michael Hegarty, who was selected as the Donegal News Sports Personality of the Month award for October, in conjunction with Brian McCormick Sports & Leisure.

AFTER 22 years of wonderful service, there was almost universal delight in Donegal GAA circles in October when Michael Hegarty finally got his hands on the Dr Maguire Cup.

Hegarty brilliantly carried the fight for his club Kilcar down through the years, but a senior championship medal eluded him.

However, 2017 was to prove to be the year when Hegarty and his club finally ended a 24-year barren spell and became county champions after seeing off Naomh Conaill in MacCumahill Park.

Hegarty used all his experience and know-how to help his club to a famous triumph, and as a result, he is selected as the Donegal News Sports Personality of the Month for October.

“The main feeling after the final was just relief,” said Hegarty.

“There was a lot of pressure on us, and it was building up and up going into the final.

“It’s just relief in those minutes afterwards, and it’s only when you sit down later that you can really appreciate what you’ve done and really start to enjoy it.”

Hegarty made his senior bow for Kilcar in 1996 and soldiered for the club during the noughties when they were going through lean times.

“When I started off we had a good enough team and would have reached quarter-finals and semi-finals.

“Then we went through a lull for a while when we were never going to win a championship. It was just about surviving then and keeping the club going.

“When you look back at it now, we might have been better off playing Intermediate football.

“But we’re proud people down in Kilcar and nobody wanted to be demoted.

“It was only really in the last four or five years that we started to put it up to the big teams again and started to challenge.”

Kilcar faced a long spell in the doldrums, but over the last ten years, excitement started to build around Towney again.

With Coláiste na Carraige’s school teams, as well as Kilcar’s underage sides starting to pick up trophies, it soon became evident that they had a conveyor belt of talent coming through.

Eventually those players started to filter into the senior set-up and have become key men.

Hegarty said: It’s funny because I was playing senior and those lads were doing well at Under 12 and Under 14.

“But it just seemed like they were miles and miles away and you thought they’ll never make it up to the seniors.

“But the years pass by quickly and before you know it, those lads are 18 or 19 and now able to play seniors.

“It still takes a bit of time, but they get there. Those lads are now 23 or 24 and they are the backbone of the team.”

While those young players have pushed on over the last few years, the older players have still been important.

Conor McShane has been steady at full-back while former Donegal star Hegarty has produced typically classy displays around the middle of the field. 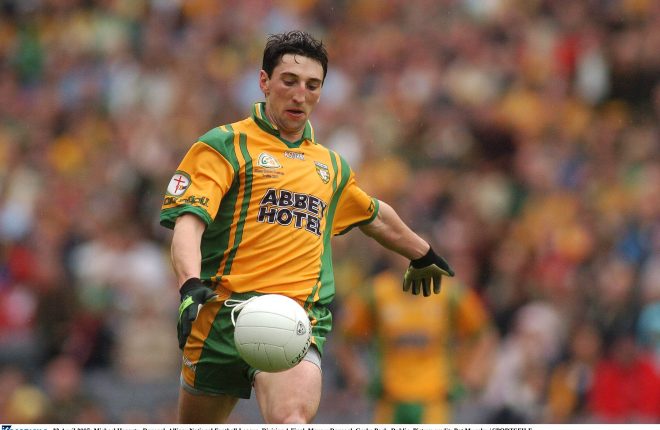 His service to Kilcar can never be questioned as he has missed just three championship games in 22 years.

“Charlie Ó Donail told me that alright, and it must be right because Charlie is never far off.

“I actually missed the Ardara game this year with a hamstring problem.

“I would have had problems earlier this season, and I’d have struggled a bit with my knee when I was playing for the county.

“Back then we were up against it to stay up, and Kilcar wouldn’t have played a league game without me.

“I would have played two games in two days, but Brendan Devenney would have been sitting relaxing because ‘Eunan’s were strong enough even without him.”

Kilcar reached the 2016 County Final, but lost narrowly to underdogs Glenswilly, and Hegarty admitted that he feared their chance was gone.

“It was a massive blow at the time, because we were playing good football going into it.

“Glenswilly came with a plan and did what they had to. When you play defensively and the elements are poor, it can give you an extra 10 or 15%.

“Glenswilly probably didn’t get the respect they deserved from it.

“As we found out this year, you have to be very solid all over the pitch to win it.

“It was hard to take because you were thinking you might never get back to another one.”

However, there was another opportunity and Kilcar took it when it came back around.

It wasn’t a classic decider, with Barry Doherty’s team winning on a scoreline of 7-4.

The low-scoring nature of the game garnered plenty of attention, but Hegarty, who kicked an excellent point in the first half, wasn’t concerned with how they won, just as long as they got their hands on the Dr Maguire Cup. 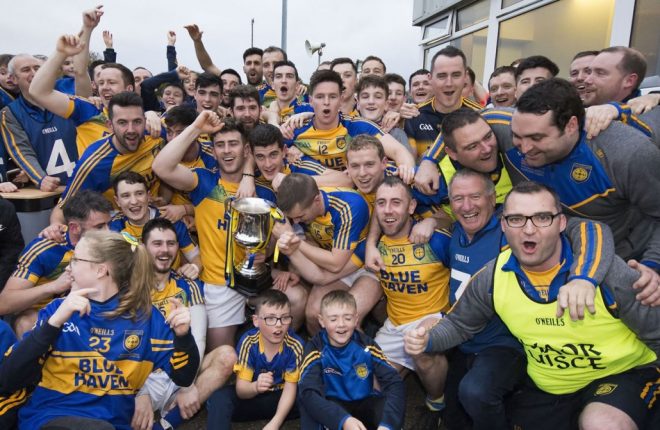 “It didn’t bother me at all. I didn’t care what the score was as long as we won.

“It was enormous for the club and it was great to see the joy that it brought.

“People know that we have great supporters that would follow us everywhere.

“They had to wait 24 long, long years, and in some of those, there wasn’t much to shout about it.

“Every club should get to experience what it feels like because it’s brilliant.

“I was delighted for my own family as well because you won’t get anywhere without the support. It’s so important

“My wife Fionnuala put up with 13 or 14 years of hardship and it was nice to get over the line.”

Kilcar added the Division 1 league title to their collection the following week, and also produced a brilliant performance to see off Scotstown in the Ulster Championship quarter-final.

“That game was more of a 15 on 15 orthodox game and we gave a very good account of ourselves.

“It was a great experience to go to Clones with your local club.

“We played some great football and won by nine or ten points which was fantastic, and it showed the progress we had made.”

That win set up a clash with the revered Slaughtneil outfit and it turned out to be one of the games of the year.

The Derry champions had six points to spare at the end of the match, but Hegarty says that his team had their chances.

“Going into the game, we knew they were a good team, and we knew that coming off the pitch afterwards.

“We played a great game against them, but we missed four goal chances, and if we had scored them we would have won.

“Even if we had got two of them, you know goals change games, and I think we have the players that could have managed that on the pitch.

“It was disappointing, but it was good to see where we are at against one of the best club teams in the country.”

Hegarty, who works for Top Oil, will put his feet up and relax over the winter months.

He hinted that he will continue to don the blue and gold in 2018 and is likely to be in the mix for another senior medal.

“I think a lot of us decided to give it one more year, but then when you have had such a good season, it’s very hard to walk away.

“We’ll sit down now over the next few months and have a good review of the year.

“I think most boys, including myself, will probably stay on, as long as we can stay injury free, but you don’t know what will come down the line.”