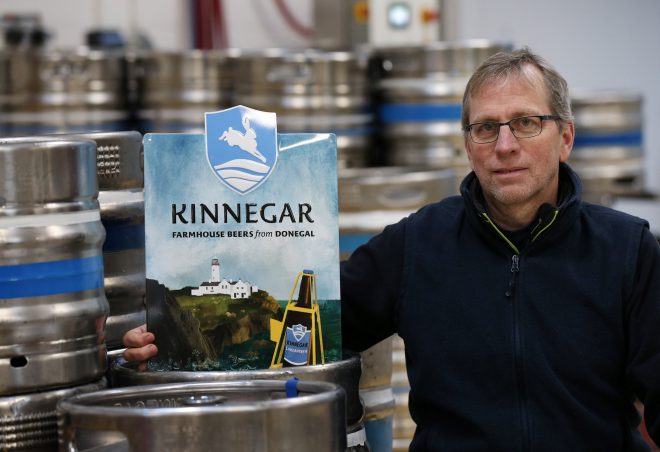 Rick Le Vert pictured in the Kinnegar brewery this week.

WALK into any of the top bars in Milan and chances are you’ll find a huge selection of craft beers which have been brewed in Letterkenny.
Milan is one of eight Italian cities who have recently taken delivery of products from the new state of the art Kinnegar brewery, known as K2, at the former A&M Belting premises to the rear of Arena 7 at Ramelton Road.
Yannaroddy, Devil’s Backbone, Scraggy Bay, Rustbucket and Limeburner are just a few of the Kinnegar beers which can be found on tap behind bar counters throughout the global capital of fashion and design.
“It’s funny listening to people in heavily accented English ordering a beer whose name has been taken from a small place in County Donegal.
“Most of them probably don’t even know where Donegal is and they have no association whatsoever with the place,” Mr Rick LeVert, owner and head brewer, explains.
Rick LeVert and Libby Carton first opened Kinnegar Brewing, a small 10-hectolitre (10,000-litre) farmhouse brewery in Rathmullan in July 2013 and, to date, it’s been a case of so far so good.
move
They’ve already outgrown their premises in Rathmullan and earlier this year the Kinnegar team moved to a new 35HL (35,000-litre) brewhouse in Letterkenny.
In two weeks time they will send their first consignment of beer to America. It’s bound for Florida, via Cork harbour, while Kinnegar products can also be found in France and the UK.
“These foreign markets are add-ons. They’re a bonus but it’s important that we keep our focus firmly fixed on the domestic market. Indeed, in an ideal world we would love to be in a position to be able to sell all our beers in Donegal,” Mr LeVert said.
The new brewhouse employs 12 people and has more than tripled its potential output to meet demand. The extra capacity has also meant that further special one-off releases are achievable.
“We’re exporting to Italy, the UK, a little bit to France and, for the first time, to the States in two weeks time. In Italy it’s mainly draft, in Florida it will be all draft initially while in the UK it’s mainly bottles with some draft and there’s a combination of both in France.
“We have a very good distributor in Italy who first got in contact with us a few years back when we didn’t have the capacity. We stayed in touch and as we developed a new brewery he helped us introduce our beers to eight different Italian cities at the same time.
“There’s one really good beer bar in Milan that has fifteen lines of our beer, another has eight while a third bar has ten lines. They’re really dedicating themselves to our beers, the names of which have local Donegal meanings” he said.
“For example, Yannaroddy is the name of the field next to the old brewery in Rathmullan; Devil’s Backbone is a little hill ridge between Rathmullan and Kerrykeel while Scraggy Bay is little bay in Lough Swilly at the foot of Knockalla,” he added.
While beer sales are going well in Italy, with three repeat orders in already, Mr LeVert is quick to point to what is a very competitive marketplace.
“Everything we do is organic. It’s not as though you are suddenly going to find our beers on every supermarket shelf across Italy next week. That’s not what we’re trying to do.
“We’re only here six months and, like anything, we’re looking to ramp things up slowly.
“In three years time we might have edged that bit closer to full capacity in Letterkenny. Time will tell,” he said.
Their first consignment for the American market will leave Letterkenny on December 15 and is expected to be on sale in Florida early in the new year.
tough market
“The States is a tough beer market. We’re not that focused on it to be honest we’re more focused on Italy but, who knows, unbeknownst to ourselves things might take off there,” he smiled.
Meanwhile, Brewer’s waste, also known as brewer’s grain or spent grain – a by-product of the brewing process – is collected regularly from Letterkenny by a local dairy farmer. These protein and fibre rich leftovers are excellent feed.
Whether it’s through sales in Italy, Florida or a lot closer to home the future of Letterkenny’s first brewery looks bright. 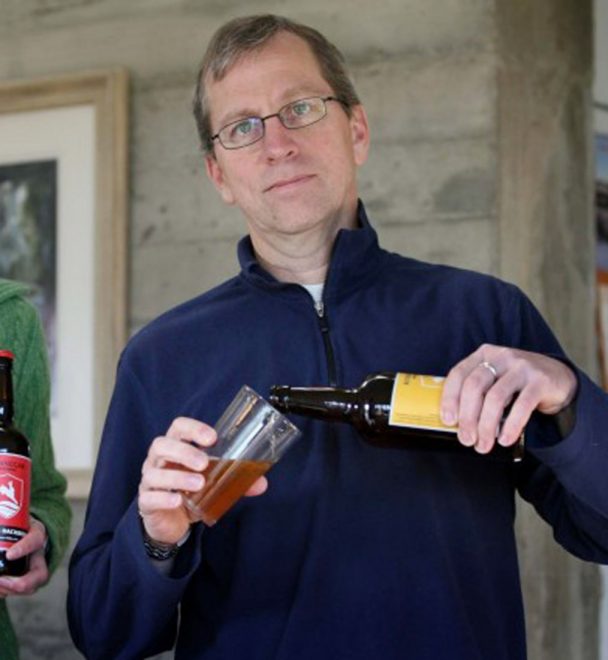 ‘Kinnegar’ to open brewery in Letterkenny

THE famous Kinnegar Brewing Company is to open a new craft brewery on the outskirts of Letterkenny, the Donegal... 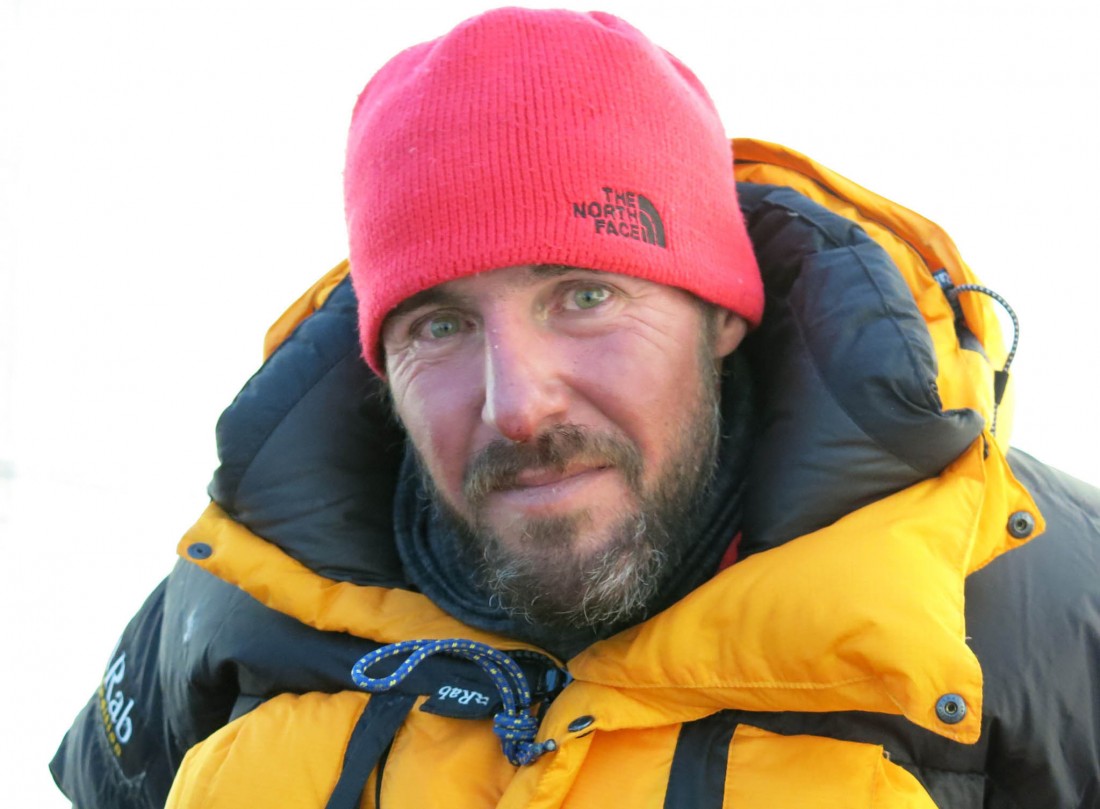 POPULAR Donegal adventurer and businessman Jason Black is expected to return home from his latest expedition late next week.