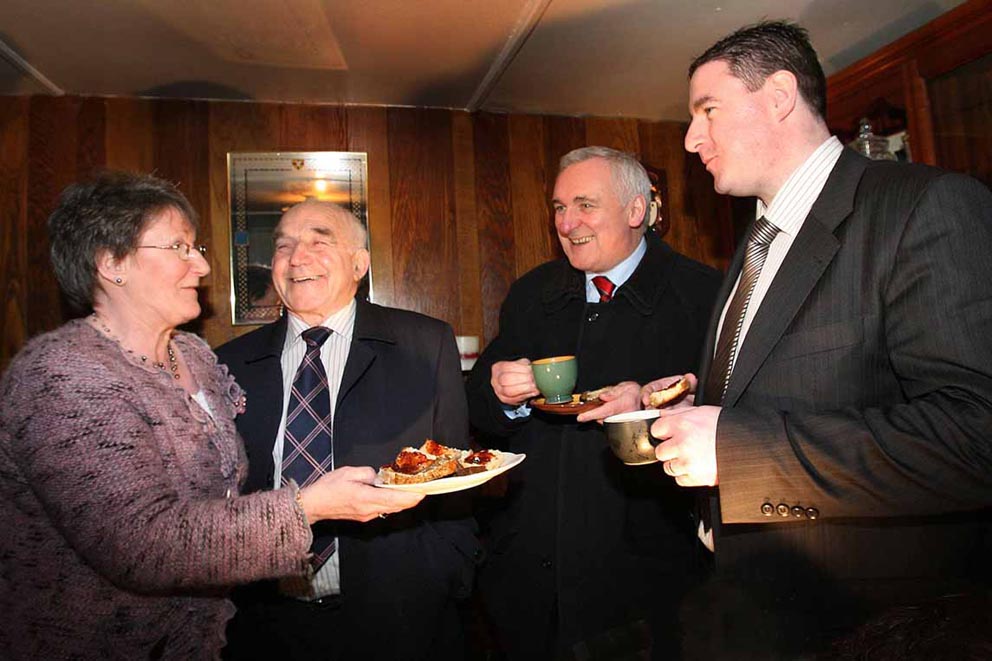 FORMER Fianna Fáil Deputy Niall Blaney has been nominated to contest the party’s forthcoming selection convention in Donegal.
Mr Blaney (43) is joined by outgoing TDs Charlie McConalogue and Pat The Cope Gallagher with members being asked to select two candidates to contest the next general election.
Speaking to the Donegal News yesterday (Thursday), Mr Blaney said that he had been ‘humbled’ to learn that party activists across the county had put his name forward.
“I was not expecting this. Every member was asked to put names forward and I believe that quite a few from across the constituency decided on me. It’s an honour. Before I make any final decision though I will discuss things over with my family and close friends.
“Christmas is upon us and this has all happened very quickly and there’s a few things to sort out but with our convention scheduled to take place in late February or early March I’ll make my intentions clear early in the new year,” Mr Blaney said.
First elected to the Dáil as a member of Independent Fianna Fáil in 2002, Mr Blaney joined Fianna Fáil in 2006 and successfully retained his seat in 2007 before pulling out of the 2011 election campaign just a month before polling day.
More recently, he was an unsuccessful candidate for the Industrial and Commercial Panel of the Seanad in April 2016.
Speaking at that time, Mr Blaney indicated that he would seek a ‘different route’ back into politics.
“This is only the start of my comeback. I’ve too much to offer politics and I’ve given up too much in my personal life to stop now,” he said.
The Fianna Fáil Chairman in Donegal is former Councillor Brendan Byrne who is also the party’s Director of Elections.
He confirmed that the party will be running two candidates in Donegal and indicated that Deputy Pat ‘The Cope’ Gallagher had a clear run with Mr Blaney and Deputy McConalogue battling it out to see who will join him on the ticket.
“We have an in-built safeguard that one of the two candidates will come from the old Donegal North East Constituency and one from the former Donegal South West Constituency.
“However, the decision on what two candidates go forward to contest the next General Election lies solely with the 1,001 paid up members of the Fianna Fáil organisation in Donegal.
“We hope to arrange a convention in late February or early March,” Mr Byrne said.
When asked if the party was bracing itself for a possible early election, the Director of Elections said that they always like to be prepared.
“While there’s no immediate sign of a general election it’s the small things that can trip you up in politics.
“The natural lifetime of the present Government is one more year so it would be foolish on our part not to be prepared. Our strategy will be the same as in 2016 when we ran two candidates in order to regain the second Fianna Fáil seat which we duly did.
“We’ll be hoping to replicate that whenever an election is called but it’s safe to say that we’ll be running a two-candidate stragety,” Mr Byrne said.