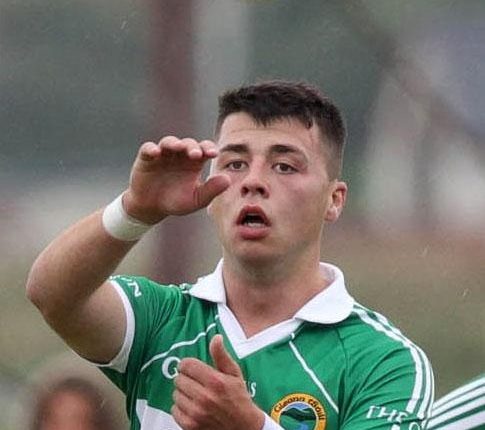 If you were throwing a party and you could invite anyone in the world, dead or alive, who would you ask around? Conor McGregor.

Where do you like to go out to celebrate after a big victory? McClafferty’s Bar Churchill, if Charlie would open her up again.

What’s the worst pitch you’ve ever played on? Kilcar

Which character in any film are you most like? Mark Wahlberg

Any odd items in your kit bag? Painkillers – Joe Gibbons would give any man a sore head.

Who’s the biggest joker in the team you play for? Gary ‘Copper’ McFadden

Which team mate has the best looking other half? Neil Gallagher

Who is the worst/best trainer? Best would be ‘Copper’ – worst is Joe Gibbons

Who spends most time in front of the mirror in the dressing room? Caolan Kelly/Leon Kelly.

Who has the best and who has the worst diet on the team, and what does it include? Best: Me – Worst: ‘Copper’

When you were playing in the back garden, who did you pretend to be? Oisin McConville.

If you were in charge of transfers, who’d be in and who’d be out of the team? Joe Gibbons out – Emmet Bolton (Kildare) in.