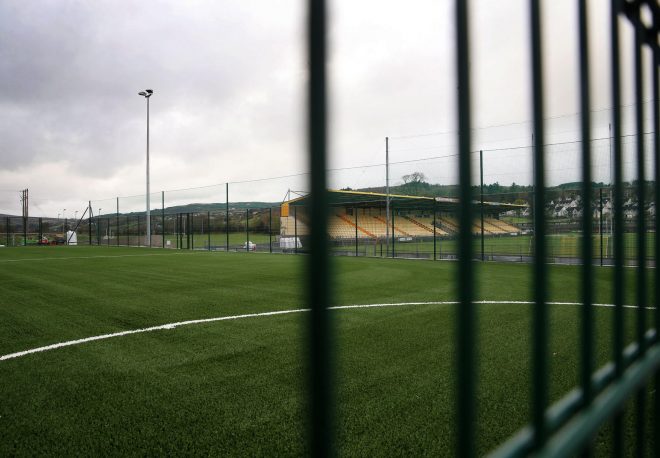 A new state-of-the-art floodlit 4G pitch will open at St Eunan’s GAA club in O’Donnell Park in the coming weeks. Costing €350,000, it is the latest development to take place at the progressive club, with ‘Eunan’s chairman Cathal Greene predicting that it will serve the GAA community well for generations to come. The 4G pitch received €80,000 funding from the Capital Sports Grant with the balance coming from the club’s recent successful House Draw.
“It’s a magnificent new facility and coming eighty years after St Eunan’s first moved to O’Donnell Park it’s also an appropriate memory to those who had the foresight to buy the lands for the club all those years ago. The beneficiaries of these new facilities will ultimately be our entire county and its local communities, whom I know will keep with the strong ethos of CLG,” Mr Greene said. The contractor was local man, Sean Bonner from Glenswilly.
“We like to give local contractors our business, where possible, and Sean and his team have dome a brilliant job. Not only do we have a new state-of-the-art floodlit 4G pitch, we also have a hurling wall which is something that the hurlers within the club have been looking for these past few years.
“We did close up a window on a gable wall at the club-house for use as a hurling wall but that didn’t quite work out as well as planned but we’ve made up for that now,” he added. Boasting a membership of 750, St Eunan’s is one of the biggest GAA clubs in Donegal. Both their second and third teams contested County finals this year while the club’s under-age teams continue to compete at the highest levels.
“The House Draw proved to be a huge success and means that we’re carrying no debt from these latest works which also include tar-macing the grounds and putting up new fencing and lights around the ground. We received great help and support for the draw from the GAA community across the county and, hopefully, county teams will be able to use the new facilities into the future. There’s some great workers within this club and some great coaches. The young Academy players got a glimpse of the magnificent new facilities last Saturday and hopefully we’ll be able to open them up to the wider community in the coming weeks,” Mr Greene said.
Over the last 20 years, St. Eunan’s GAA Club has continued to develop O’Donnell Park into a top-class facility capable of hosting inter-county games as well as hosting several county finals across football, hurling and camogie.
“We love to see other clubs use our facilities. This weekend it’s the turn of Gaoth Dobhair and Naomh Conaill who play in the County U21 final on Sunday. We’re happy that people enjoy playing on our pitch and soon they’ll also be able to enjoy the new 4G pitch,” he added. 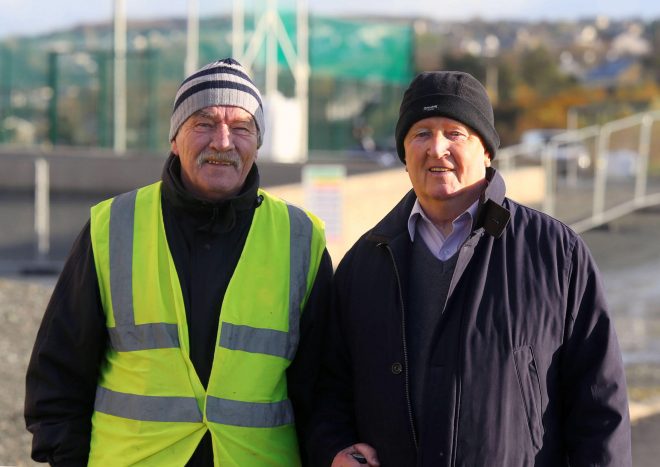