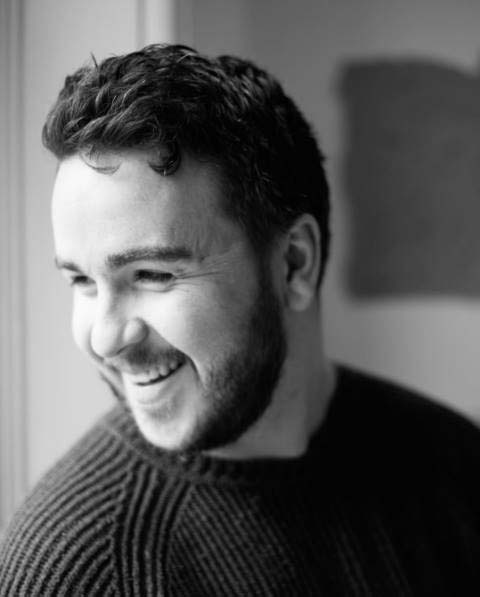 A YOUNG Letterkenny man is one of thirteen visual art graduates who have been selected to showcase their work in the 2017 Visual Art Awards Exhibition in the RDS later this month.
Ara Devine (26) from Ballyboe, Lismonaghan recently graduated from the National College of Art and Design with a BA in Fine Art Media and Visual Culture. He is currently employed as a production and programming assistant at ALTV Media in Dublin.
Speaking to the Donegal News, Ara said he was delighted to have been selected to take part in the RDS Visual Art Awards, which provides a platform for graduating artists as they transition from student into early professional career.
“It’s a big event held over five days in the RDS and there will be a lot of curators coming to see it. It brings with it a lot of exposure,” he said.
As a visual artist and filmmaker, Ara said that his practice seeks to explore the social, political and cultural environment of Ireland.
Educated in Irish in Coláiste Ailigh, Ara spent some time in the Haifa/Akka area of Israel working as a security officer at the Baha’i World Centre after completing his Leaving Certificate exams.
“Dad did pottery and ceramics in college and I went and tried some courses in college but didn’t find one that suited me so I went and did a foundation course at the Tech in Derry (North West Regional College) before going on to the National College of Art and Design,” he explained.
With more than five million followers throughout the world, the Baha’i faith is among the fastest growing of the world’s religions although there are less than 20 members in Donegal.
These include Ara’s parents, Declan and Donna, his younger brother Oisin and younger sister Bahiyyih.
Ara will submit a five-minute film piece in the 2017 RDS Visual Art Awards Exhibition where he explores the tenuous line between national pride and segregation against a global backdrop of migration, globalisation, prejudice and patriotism.
Using both archival and recorded footage, this film installation, entitled The Irish Question, explores what it means to be Irish in the contemporary world.
“I’ve used some images of asylum seekers taken in direct provision with a spoken narrative in both Irish and Arabic, with English subtitles, which describes the story of growing up in Ireland. The Irish influence probably comes from my Coláiste Ailigh days while the Arabic comes from my time spent in Israel,” he said.
The selected exhibiting artists will work with professional artist Nick Miller who will curate the exhibition. They will also have the opportunity to win a share of the €27,000 prize fund. The judging panel will select the winners of the €10,000 RDS Taylor Art Award and the €5,000 RC Lewis-Crosby Award which will be announced at the launch of the exhibition.
New for this year is a three month residency award (summer 2018) in partnership with the Centre Culturel Irlandais in Paris. The Director of Centre Culturel Irlandais will select the winner from the exhibitors who have applied for the residency.
The RDS exhibition runs from October 25 to October 30.