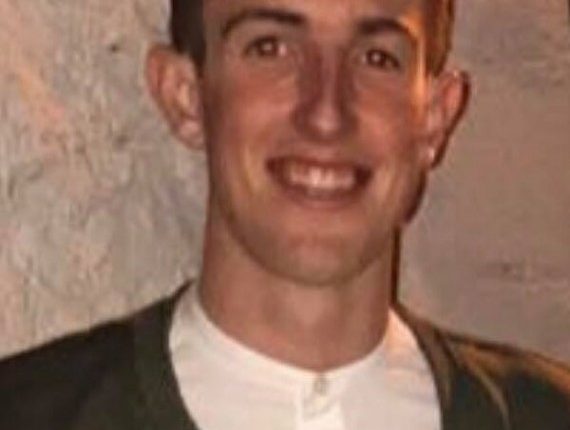 If you were throwing a party and you could invite anyone in the world, dead or alive, who would you ask around?
Has got be Odhran McGinley, always has a good story to tell and you wouldn’t know where you’d end up by the end of the night!

Where do you like to go out to celebrate after a big victory?
I usually have to head back to Dublin on a Sunday night so I’d make an appearance in The Cat and Cage or Quinn’s in Drumcondra.

Which character in any film are you most like?
Seabiscuit – lead from the front, as fast as a bullet, and I’ll let you figure out the rest for yourself.

Any odd items in your kit bag?
There’s a few random ones – wine gums and a Hawaiian lei for some strange reason.

Who’s the biggest joker in the team you play for?
Ciaran McGeady insults are quality whether it be in the dressing room or on a night out.

Which team mate has the best looking other half?
Has got to be any one of Paddy Cannon’s many women

Who is the worst/best trainer?
Ryan McFadden gets the nod for the best, but Lee O’Brien is by far and away the worst, he’s injured from Monday to Saturday and always seems to show up fit on matchdays.

Who spends most time in front of the mirror in the dressing room?
If we had a mirror, it would without a doubt be Sean Coll, he’s well into his modelling nowadays.

Who’s the best/worst person to sit beside on the team bus?
McGeady gets the shout for this one as well, he has a pre-game ritual of eating a steak and kidney pie before every away game and ends up having more of it on you than in his mouth.

Toughest opponent you have faced?
Terence Doherty – Glengad. Can’t give him half a chance

Best or worst quote you’ve heard, either from a manager, player, opponent?
“I don’t care if we win or lose, as long as I win the toss I’m happy” – Lee O’Brien.

Best manager you’ve ever played under?
Anthony Gorman – taught me a lot about the game

Best ever performance? The stand out one for me was scoring in a 1-0 win for Fanad United v Letterkenny Rovers in the Donegal Youth League a few years back.

One to forget? Missing a penalty and losing against Bonagee in an Under 16 Champions League final for Gweedore United.

Sporting ambition? To play in the Aviva with Glenea in the FAI Junior Cup.

When you were playing in the back garden, who did you pretend to be?
Cristiano Ronaldo.

If you were in charge of transfers, who’d be in and who’d be out of the team? The squad is very strong at the minute but if I had to choose it would be Eamonn Cannon – cool head in the big games!