IT’S been a very sad week for me and the wider GAA community in Donegal as we come to terms with the death of our loyal friend, Pat Shovelin.

I’ve known Pat for a long time since he had a summer job at Narin and Portnoo Golf Club, but we became really close over the last 12 months when he got involved with my Under 21 panel as goalkeeping coach.

It’s strange the way things work out. Around this time last year, I was on the lookout for someone to help my netminders, as Gary Walsh, who had been with me for a few years, was taking a step back.

Usually, trying to find a replacement coach can take a few weeks, as you’re making phone calls and trying to getting recommendations, and gauge interest and so on.

But for me last year, I just had to put on the radio in the car.

It was a Sunday afternoon and I was coming home from a club match, and I caught the tail end of Pat’s interview with Myles Gallagher on Highland.

He was going through his coaching career, and was in the process of getting his soccer coaching badges.

When I heard his enthusiasm and love for coaching, I knew he was my man, and I was on the phone to him an hour or two later.

We had a good chat and agreed to meet at Letterkenny Hospital where he worked the following day.

As it happened, my daughter Amara is a medical student and was starting placement at the hospital on the Monday.

Pat took it upon himself to show her around, and help her get settled in. He regularly checked in with her over the coming months, which was typical of Pat’s kind-hearted way.

We had one of those really positive meetings that Monday morning. Pat was excited about the prospect of getting involved, and he rang Jim McGuinness the night before, who encouraged him to go for it. 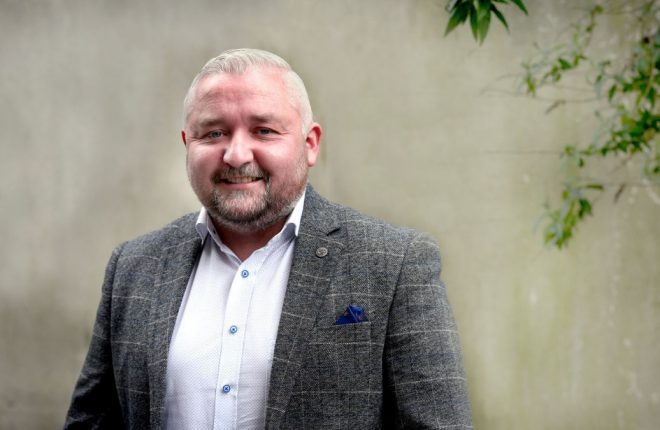 We talked for about an hour, and I could tell that he was going to be a great addition to my team, and he proved to be.

I tried to create a high-performance environment for the Under 21s, and within that, I needed big personalities, and Pat was one of those.

He was bubbly and would come through the dressing room door with a smile on his face.

He got on well with all the boys, and wasn’t afraid to give them a bit of slagging.

Yet at the same time, he brought huge professionalism to his job as goalkeeping coach.

Nothing was taking to chance. He would be there 45 minutes before training, and a lot of thought would go into his session which would always be planned in advance.

He was a perfectionist and took pride from his training sessions. The aim was to improve the goalkeepers and he took great joy from seeing them progress and do well.

He was ambitious and wanted the lads to aim high and push themselves all the time.

After working with him, I can see why Jim had such trust in him, and why Pat became an integral part of the 2012 All-Ireland winning set-up.

Jim was re-inventing football, and one of the most important positions was goalkeeper, and it was Pat’s job to make sure Paul Durcan and Michael Boyle were up to speed.

Both men raised their game, in particular, Paul who went on to become one of the top goalkeepers in the country.

His long kick-outs were vital for Donegal, but he also made some brilliant saves.

There was the stop from Martin Penrose in 2012, and of course, that excellent save from Diarmuid Connolly in the 2014 All-Ireland semi-final, when the supposedly unbeatable Dubs were dethroned.

The news of his illness came as a huge blow to him and his circles of family and friends.

He rang me up on a Friday night before we were meant to train on the Saturday. It was the last weekend in January, and we were upping the ante with our preparations for the Ulster Championship.

Pat had complained of a sore shoulder and thought he had got it from one of the goalkeeping drills.

However, he was found to have a rare and very aggressive type of cancer.

He had tests and scans, and from early on, it wasn’t looking good. However, he was prepared to fight it and wanted to continue living his life.

I told him to take whatever time he needed, but he insisted that he wanted to stay involved with the Under 21s and he did.

He missed very little, and was still there supporting the lads even though he was going through a very tough time.

He missed the Ulster semi-final because he was in hospital with a chest infection, but four days later, he was with us in Armagh for the final.

The lads really produced the goods that night, and they did it for Pat.

It gave him a huge lift and the disappointing thing was that we lost our next game to Dublin.

Not only had we missed out on a chance to reach the All-Ireland Final, but we had failed to give Pat another few weeks to focus on the football, and keep his mind occupied.

I would have still spoken to him daily after the Under 21s and it wasn’t always easy, but he kept battling.

Pat encouraged me to go for the senior job when it became available. It’s just a pity he can’t join me as goalkeeping coach.

He opened up about his illness and did a few interviews, which were inspiring, and that was the type of man he was. He would never give up.

As the time passed, he got weaker and weaker, but there were milestones he wanted to make, like seeing his son Ethan start primary school.

There was always plenty of craic with Pat, even in the dark days.

A couple of weeks ago, I went up to the Hospital, and who was in but Jim, home from China to see him. It was a brief and enjoyable respite for Pat.

At that stage, all he wanted to do was go home and spend the rest of his time with the ones he loved the most.

He did get back to Doneyloop and he was much more content there. Unfortunately, his time just ran out.

He was a great fella, and you could tell that by the huge reaction to his death. He was held in such high esteem by so many people, and there was deep, deep sadness.

At times like this you just don’t know what to say, but his family were so strong throughout the last year.

It’s a cruel world, and your heart would break for Chrissie and his two boys Ethan and Tom.

His mother Margaret and brothers Gavin and Michael will miss him dearly, as will his sister Suzie, who spoke beautifully at the funeral on Tuesday.

There will be tough days ahead for the family, but hopefully they can find the strength they need.

The GAA is a huge community, and it was brilliant to see so many people come out to give Pat the send-off he deserved.

So many of the Donegal players he had worked with made it their business to be there, and the Ardara club also had huge representation.

He got his final wish to be buried over in Kilclooney, not far away from his home where he grew up.

Pat wasn’t a big man in stature, but he made a huge impression on so many people’s lives, and he will be sorely missed by everyone who knew him.

*Best of luck to Kilcar, Milford, and Naomh Colmcille in their Ulster games this week.