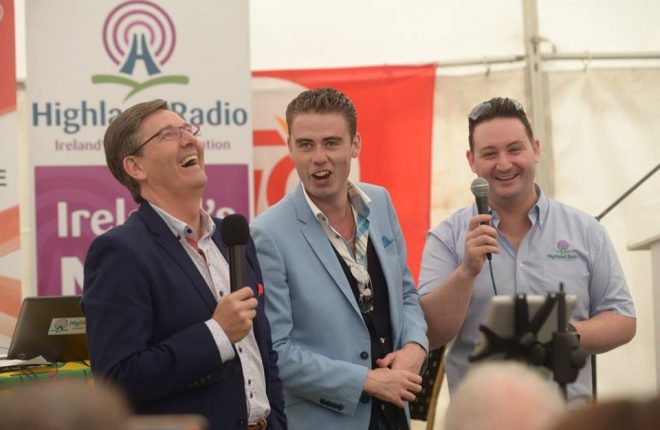 IT was a day of spraoí, craic agus ceol on Monday as crowds turned out in Crolly to help O’Donnell’s Mace and GO Service Station celebrate 30 years in business along the N56. For proprietors Stephen O’Donnell and his family it was a momentous day as the stars aligned to help mark the milestone.
Among those in attendance  were Daniel O’Donnell, Moya Brennan and Noel Duggan of Clannad as well as Clann Mhic Ruairí and renowned country and western star Seamus McGee who all entertained from early morning until late afternoon. The O’Donnell family were also honoured by the presence of former All Ireland winning Captain Anthony Molloy and player John Joe Doherty who were marking a milestone of their own – the 25th anniversary of the first Donegal All Ireland victory in 1992. Ruairi ‘Frostbit’ McSorley was also among the guests, as were Mickey and Minnie Mouse. 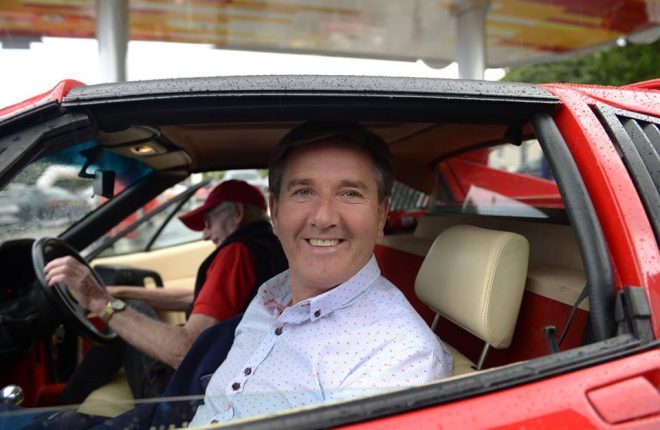 Things kicked off with the arrival of the Mary from Dungloe contestants who enjoyed breakfast ahead of their busy week’s schedule. The many highlights of the day included an hour long broadcast by Raidió na Gaeltachta. Bhí Barrscéalta le Michelle Nic Grianna ag cur agallaimh agus ceol beo ag craoladh ar feadh uair a chloig. 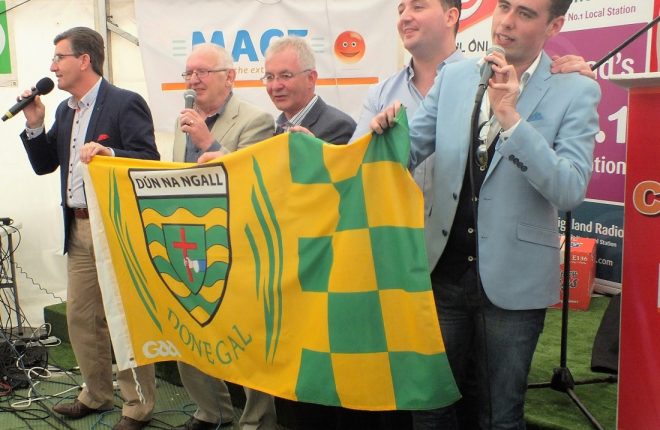 Stephen O’Donnell addressed all his customers, guests and local community, thanking them all for their participation and support. He also thanked the Bonner family – Bríd, Annie and Michael – for their great support over the years.
Stephen thanked all who have contributed to the expansion of the business and said it was a shining example of how a private family enterprise can deliver sustainable employment and growth in a rural community. With a great team of staff, full and part-time, he thanked Sally Rodgers who is also celebrating 25 years as a committed employee. The day continued with Highland Radio broadcasting live the Gary Gamble Show. 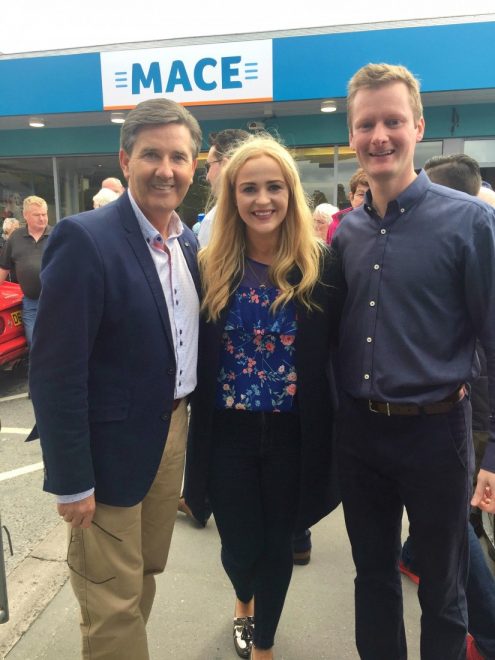 Daniel O’Donnell, ever the consummate entertainer, regaled the huge crowd with tall tales, anecdotes and funny yarns before performing many of his international hit songs and ballads.  “Daniel really brought the house down,” said Stephen. “He spent endless time with fans young and old, stopping for selfies and pictures – great memories for all in attendance.
“It was great to hear Seamus McGee perform too, he did a Trojan job in getting the crowd going and was highly acclaimed for making the effort following recovery from recent serious illness.  A beautiful display of Irish dancing was performed by Fiona Ferry, Shannon O’Halleron and Shauna Curran while other special guests included current Donegal International Rally winner Manus Kelly and also Gary Jennings and his co-driver Rory Kennedy with their GO rally car on display.” 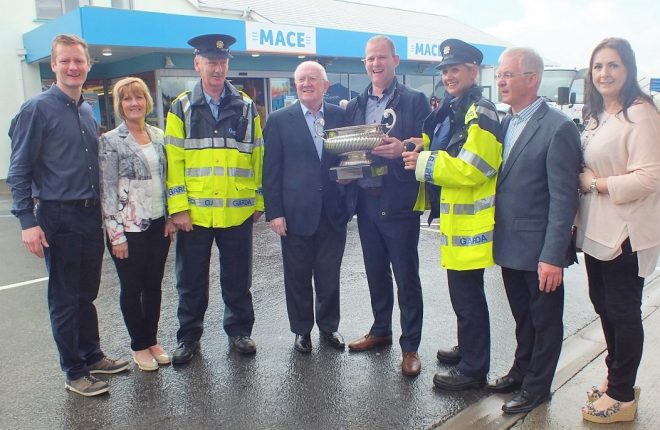 The buffet reception to mark the occasion was open to all guests and customers and visitors enjoyed a magnificent range of culinary delights. The event closed with the cutting of celebratory cakes. First Sally Rogers was presented with a special cake to mark her silver jubilee employment of 25 years. Then representing the elders of Crolly a special cake was presented and sliced by Jimmy Duggan and Annie Bonner. Annie, who is 90-years-old, was unable to attend but was represented by her niece and former retired Post Mistress Bríd McFadden.
“There is no doubt that on the N56 the place to GO is to O’Donnell Fuels, Crolly, for the best value shopping experience and the lowest priced fuel in West Donegal,” said Stephen. 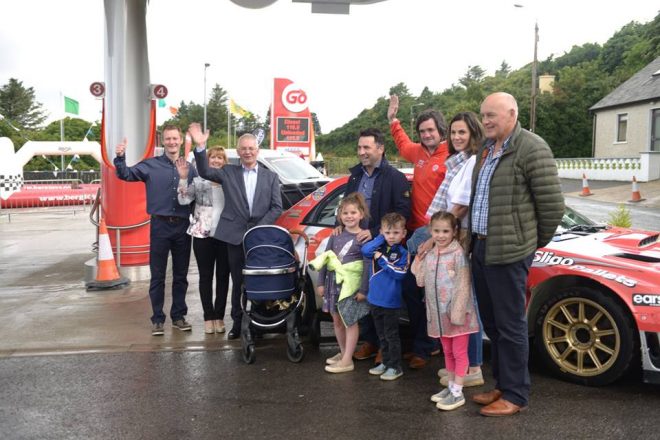