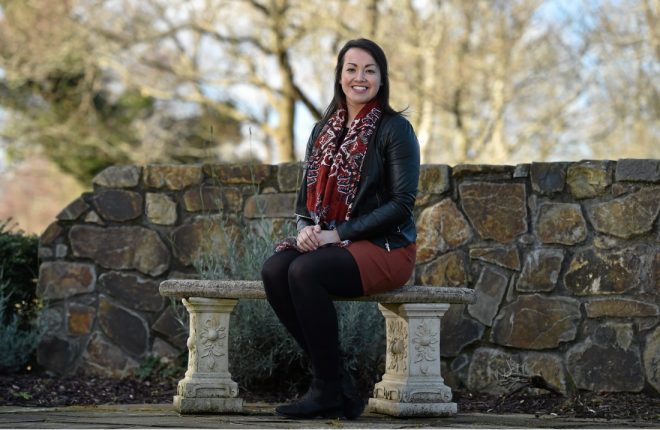 NICOLE McLaughlin isn’t accustomed to life in the spotlight.

She is one of the Donegal Ladies’ most consistent performers, but rarely gets the credit she deserves.

That’s an all too familiar problem for corner-backs, but Nicole’s situation is magnified by the fact that she is the younger sister of team captain Geraldine McLaughlin.

Geraldine is revered throughout the country for her scoring exploits, and while she picked up Player of the Match on Sunday, her sibling also had a fine outing.

Basking in the glory of Sunday’s win, Nicole was a tad surprised to be asked for an interview.

“It’s usually Geraldine that they’re all looking for, so maybe you’ve got the wrong sister,” she quipped.

“I’m stepping out of the shadows now.”

Geraldine and the forward division receive a lot of the attention for their performances, but one of the main differences for Donegal over the last couple of seasons has been their improvement in defence.

Monaghan managed to score 15 points on Sunday, but they failed to raise a green flag and that was key to Donegal’s success.

“You need someone to score the goals, but I suppose you need to keep them out at the other end too,” said Nicole.

“It was great to get the goals, and normally that would leave you in a comfortable place, but it was really tough on Sunday.

“It really didn’t feel like there was such a gap, but we were just glad to hear the final whistle and win.”

Nicole was tasked with keeping a close eye on Eileen McKenna, and she won her duel with the Monaghan forward replaced early in the second half.

The Donegal defensive unit knew that they would need to be in form to keep the Farney county at bay, and they played with a steely aggression throughout.

“It was tough at the back, because Monaghan have great forwards.

“We knew we needed to keep a close eye on Ciara (McAnespie) and Caoimhe Mohan.

“Treasa Doherty and Emer (Gallagher) had them on a tight leash, and we needed them to play well, and Aoife (McColgan) in nets too.

“All the defenders really pulled together. We knew that Monaghan are a team that come back time after time as well, so we had to keep up the guard and be ready for whatever they threw at us.”

The Termon player was one of four members of the panel who headed to the US last year, and missed the Ulster Championship.

It’s not a decision that McLaughlin regrets, but she is pleased to be back in the green and gold.

“Myself and Geraldine went to New York last year.

“I didn’t really (feel extra pressure). I didn’t think about it all if I’m honest.

“But it’s great to be back involved this year. It’s good to be back doing the running, and all the hard training.

“You’re doing all that training, and you just hope that it’s going to be all worthwhile, and it’s great when you have a cup to celebrate.”

The Donegal team enjoyed the celebrations this week, and they have club championship on the horizon.

However, there is a sense that the county team can go on to bigger and better things this year, and McLaughlin says they won’t be content with just an Ulster title.

“The aim is to keep pushing everyone on. We don’t want to just settle for this.

“We want to move on and make our mark in the All-Ireland.”