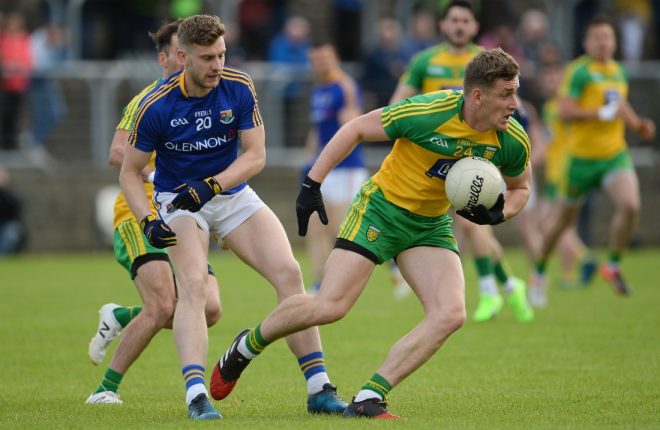 I’ve heard last week’s game against Longford described as the ‘worst match ever played in Ballybofey’, and the only positive I could take from it was that we got the win and we’re through to the next round.

A huge crowd of nearly 10,000 people went to the game, and to be honest, they didn’t get value for their money.

History tells us that the early rounds of the qualifiers are rarely spectacular, and I think most people can understand that there would have been a hangover from the game against Tyrone.

It would have been a tough two weeks for the team and management, and it’s not easy to lift things.

We’ve been told all year that Donegal are trying to play a more expansive style of football this season.

That backfired in the Ulster semi-final when they came up against the best counter-attacking team in the country.

Tyrone scored 1-21 and it’s obvious that a few tweaks were needed. But did we need to completely revert back to type and set up ultra defensive to play Longford?

You need to take every game on its own individual merits. Just because you might need to play 14 men behind the ball against Dublin, doesn’t mean you have to do it against Longford.

Let’s face it, Longford are not a good team. They’re not a top tier county.

If you ranked all the counties in Ireland, they wouldn’t get near the top 20.

Donegal supporters are as good as any in Ireland, and to their credit, they stuck by the team last weekend and came out in numbers.

Why not reward their commitment and loyalty by throwing off the shackles and having a go. Longford would have more than likely crumbled, Donegal would have won well, and all of a sudden, there’s a different outlook in the county.

I can’t imagine there were too many young boys or girls that got home from the match, and went out to the garden to try and replicate what they had just seen. Unless, they were looking to develop their laborious hand-passing.