It’s been a dark week for Donegal GAA after our senior team suffered an embarrassing defeat against Galway last week.

The team collapsed in the second quarter and the game was long over by the time the half-time whistle was blown.

We conceded three goals in that period and if it wasn’t for a fine save from Peter Boyle, it would have been four. 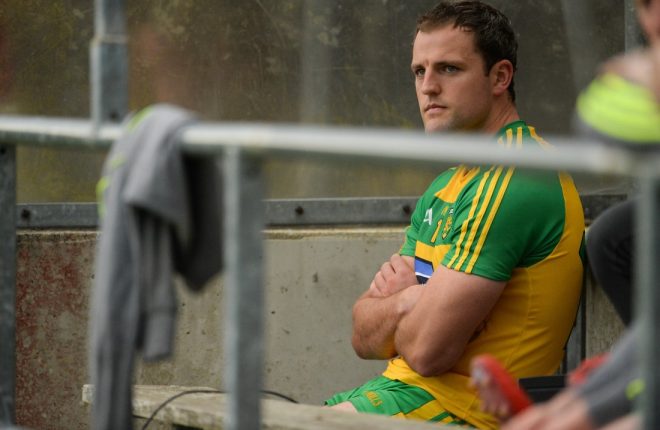 Michael Murphy after being black-carded against Galway

It was a horrible experience for supporters, but people have to remember that nobody would be more disappointed than the players themselves.

They have given up eight or nine months of their lives to play intercounty football, and they have come in for a lot of criticism.

Some of it has been fair, and some of it has not. Just because a person parts with €15 at the turnstile, it doesn’t mean they have a divine right to slaughter someone.

A defeat like Saturday is always likely to lead to a knee-jerk reaction, but the reality is that the game in Sligo wasn’t rock bottom.

Yes it was poor, but make no mistake about it, we can fall even further, and we will unless we sort out our structures immediately.

We’ve done reasonably well at underage level in recent times, which is actually surprising considering the lack of continuity and togetherness that we have.