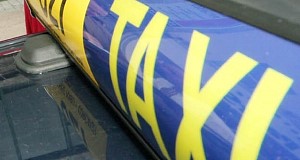 A MAN awaiting heart surgery was transferred by taxi between hospitals in Letterkenny to Dublin after he was unable to get an ambulance it has emerged.
The patient had waited for a month in Letterkenny University Hospital before a bed became available in St James Hospital on Monday, June 5.
However, due to a shortage of emergency vehicles the HSE had to use a taxi to take the patient to Dublin.
Cllr Gerry Crawford said that there were ‘no excuses’ for what he claimed was a HSE systems failure.
The Lifford based public representative, who is a retired ambulance driver, said it was a very serious incident.
“I’m led to believe that the hospital had informed Letterkenny that the bed could not be held if the patient did not arrive in Dublin on that Monday.
“We’re not providing the proper level of service that the people of Donegal deserve and that we are entitled to offer as a hospital,” Cllr Crawford said.
“There are no excuses. This patient needed a critical procedure and had been waiting so long within the HSE system – a system that failed,” he added.
Cllr Crawford, who formally raised the issue at last week’s meeting of the Regional Health Forum, said that he was not happy with the response he received.
“This patient was in Letterkenny occupying a bed for a month but when a bed becomes available in Dublin the ambulance service failed to provide the necessary service. It’s shocking,” he said.
Paudie O’Riordan, Chief Ambulance Officer with the National Ambulance Service, explained that the National Emergency Operation Centre (NEOC) is responsible for the call taking and dispatch of resources for all pre hospital emergency calls.
Responding to the issues raised by Cllr Crawford, the Chief Ambulance Officer said the NEOC is also responsible for the receiving and process requests for both Emergency Transfers and non-emergency transfers on an ongoing basis.
“All inter hospital emergency transfers are prioritised on the clinical need of the patient and there is a national protocol for booking these calls. These emergency transfers are delivered utilising the emergency ambulances and front line crews.
“The non-emergency transfers are responded to within the intermediate care resources available but emergency crews are not routinely tasked to these calls due to the demand on pre hospital emergency calls and also to ensure service delivery in the area,” Mr O’Riordan said.
“If delays are envisaged regular updates are provided regarding the availability of an Intermediate Care Vehicle to complete request, however due to the demand on the non-emergency transfers these may not be carried out on the same day as booking,” he added.
Cllr Crawford said the HSE had failed to properly answer his question.
“I asked the HSE to examine claims that a patient who waited for a month in LUH for a bed in St James Hospital, Dublin in relation to heart surgery was unable to get an ambulance transfer on Monday 5th June 17.
“It wasn’t an emergency – as in blue lights flashing – but it was surgery that needed to be done quickly. It wasn’t an emergency transfer – I understand that – but when the ambulance tasked with the non-emergency transfer didn’t arrive that is a systems failure – plain and simple,” Cllr Crawford blasted.