A LETTERKENNY woman who was subjected to a brutal rape and whose attacker was handed down a 12- year sentence this week, has said she will fight any attempts by him to appeal the ruling.

Dominique Meehan was speaking to the Donegal News  after Keith Hearne (28), from Tallaght in Dublin, was jailed for 12 years at the Central Criminal Court on Monday for the horrific attack at a gaming convention in the Crowne Plaza Hotel in Blanchardstown on July 4, 2015.

The 24-year-old bravely waived her rights to anonymity to identify Hearne to other members of the gaming community.

The sentence hearing heard how Ms Meehan was volunteering at the ArcadeCon gaming convention and was in a meeting room preparing a presentation when Hearne entered the room. When she tried to leave, Hearne locked the door and attacked her. He threatened her life, saying he would hurt her with a knife if she made any noise. It was only when another worker at the gaming event entered the room that the attack stopped. Hearne was arrested by gardaí at the scene.

The court had heard how Hearne was in possession of a bag described as a “rape kit” containing a knife, handcuffs, condoms, a mask and other items when he was arrested.

In April of this year, Hearne had pleaded guilty to two counts of rape, one count of oral rape and one count of falsely imprisoning the woman. He was taken to custody ahead of sentencing.

While at first pleased with the sentence, Dominique said on reflection her reaction has changed. 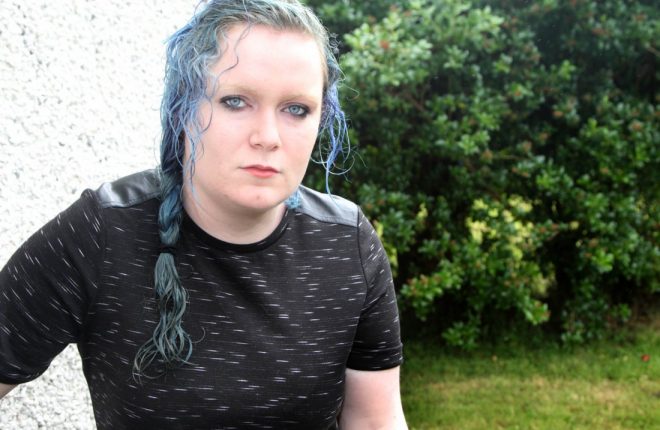 “Initially, I was really happy with the sentence that was handed down. It was initially 15 years, but three years were taken off just three weeks before court started. The maximum sentence should be life for rapists, there is a high risk of them re-offending.

“He’ll be 40 when he is released. He has to serve at least nine years of his sentence. He might appeal his sentence, I don’t know if he will, but if he does, I will be there to fight it every step of the way.”

Dominique said she waived her right to anonymity in a bid to protect others from the avid convention-going. She told of how she had crossed paths with Hearne a number of years ago at another convention event.

“It wasn’t a hard decision at all to waive my anonymity. I was furious about what happened. I had been setting up, but the computer wouldn’t link in with the project so I asked everyone to leave the room so one of the IT guys could look at it. There was a young girl in the room who was only around 14 years of age and I really do believe that if she hadn’t of left the room first, it could have been her.

“Hearne was one of those people who went to every convention. I met him back in 2009, I never spoke with him, but I just knew his face. After the attack, I wanted to make sure he would never have the opportunity to do that again.”

It’s almost two years since Dominique was subjected to her violent ordeal, and the 24-year-old said her life has been irreversibly changed by the horrific events of that day.

“I am a lot angrier now than I ever was. I didn’t eat for six weeks after my attack, I was living only on protein shakes. I was admitted to the acute psychiatric ward in Letterkenny and I am still on a high dosage of anti-depressants. I suffer from severe flashbacks.”

Having endured her horrific ordeal, Dominique was faced with taking the daunting step be medically examined. It’s a decision, Dominique said, which is a very important one as evidence from the examination will be stored confidentially by number, should a victim decide to report the attack to gardaí at a later stage.

“It’s incredibly hard to take that first step to the treatment centre. After my attack, I attended the Sexual Assault Treatment Unit (SATU) in Mullingar. I won’t lie, the examinations were very painful, but at all times a nurse held my hand and told me it would be okay. When you contact them, there is no waiting, they will see you in five minutes.

“There is nothing to fear in that room. People who work in SATU are all lovely people who want to help. You don’t have to report the incident to the police before you go to SATU. A person can come forward at any time to report an attack.

“They kept in touch with me afterwards on a regular basis and on Tuesday I called one of the nurses to thank them for all their help, and she remembered me.”

Dominique is attending counselling to help her cope with her trauma and while every day undoubtedly presents new challenges, she said she has much on the horizon to look forward to. She is currently studying game design at Letterkenny LYIT and has plans in the pipeline to start a charity to help the work of Donegal SATU, based in NowDoc premises in the town.

Dominique paid tribute to her nearest and dearest for helping her in the wake of her attack.

“My family are fantastic and I have lots of good friends around me. They have been a great support.” 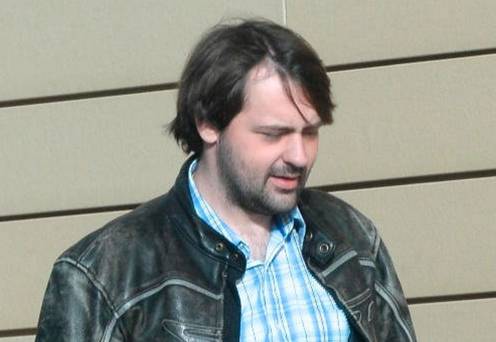